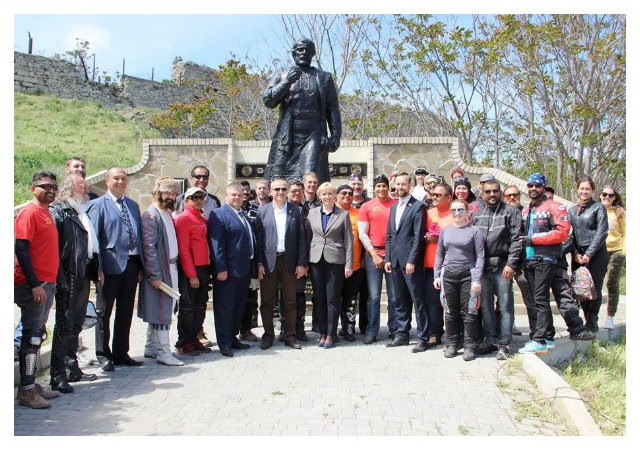 The first ever Indian-Russian moto tour in the name of Afanasy Nikitin was organized by the Russian Information Centre in India, with the support of the Ministry of Resorts and Tourism of the Republic of Crimea, is another step to strengthen Russian-Indian relations.

The Crimean part of the motorcycle tour was supported by Classon Motors, travel company SNP-Crimea from 8 to 13 may 2017, during which the Indians Bikers visited the hero-city of Sevastopol, took part in the Victory Parade, visited the Bakhchisaray and Balaklava, Yalta, Alushta, Sudak. Indian riders met representatives of the Russian motorcycle clubs "Night wolves, Skif". At a monument to Afanasy Nikitin in Feodosia the delegation of Indians was received by local girls with bread and salt and were treated to a theatrical performance. The mayor of the city of Feodosia gave the Indians a sack with mud, which will be scattered in Revdanda near monument of Afanasy  Nikitin (Maharashtra, India).

"We are pleased to welcome you to the ancient, God-given city, with a rich history, in the city, which was awarded the title of "City of military glory". Your visit to Crimea shows that we are not afraid of any sanctions, people's diplomacy can not be banned, " - said in a welcoming speech the head of the municipality of the city district of Feodosiya Svetlana Gevchuk.

She was supported by his speech and the head of the city administration Stanislav Krysin, adding that Feodosians will be happy to take even more tourists from India. Deputy of the state Council of the Republic of Crimea Rem Kiselev noted that delegations from other countries regularly come to our Republic through inter-parliamentary and intergovernmental relations. Today it is nice to see that the circle of communication is expanding, ordinary tourists come to the Crimean cities.

"We will not stop there, and in may 2018 , several tours of Indian bikers are planned, which this time will pass along the full route of Afanasiy Nikitin: from Tver to Astrakhan, before a visit to different cities of Russia: Rostov on don, Voronezh and others" - said the head of the Russian Information Center in India Paresh Navani.

"Representatives of two largest motorcycle clubs of India participate in the motorcycle ride: D. A. R. K (Mumbai) and Surat Superbikers Club(Surat) – said Kovalenko, Director of the tourist hosting company in Crimea. "Indian tourists are in Crimea for the first time, and their repetition of the route of the Russian traveler is very symbolic in the year of the 70th anniversary of the establishment of diplomatic relations between Russia and India."

Dashrat Desai, one of the participants of the tour, shared his first impressions of Crimea: "we were struck by the hospitality of the Crimeans and the stunning nature –" he stressed. "Crimea is even better than Monte Carlo, where we were not so long ago. We will definitely come back again and invite Crimeans to motocross on the Indian routes of your traveler Afanasiy Nikitin".

The rally was attended by representatives of the two largest clubs of India: "D. A. R. K" (Mumbai) and "Surat Superbikers Club"(Surat)

During the six-day tour riders from India drove through the roads of the Crimea more than 500 kilometers and visited all the main attractions of the Peninsula. On their way was in Sochi, Krasnaya Polyana and Abkhazia..

That day was the beginning of our motorcycle tour in the Crimea, Day of Russia's Victory in world war II in the hero-city of Sevastopol on the Black sea. traditionally celebrated with a parade of troops of the Sevastopol garrison, sailors of the black sea fleet, a demonstration of the latest military equipment and the passage of the veterans of the armed forces. After the parade in the city center have passed tens of thousands of citizens and guests of the capital with portraits of relatives who fought — the participants of "Immortal regiment". 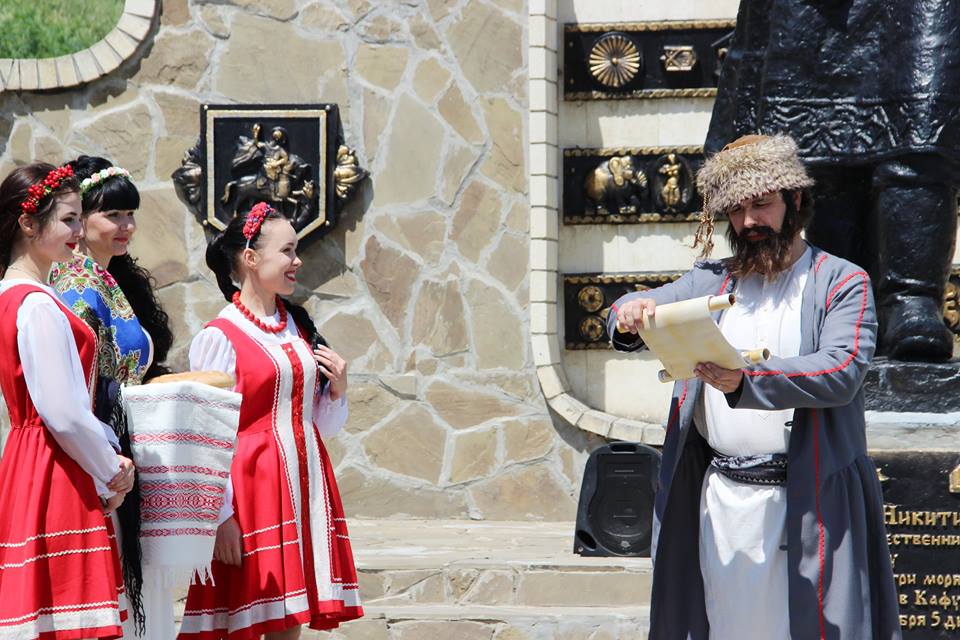 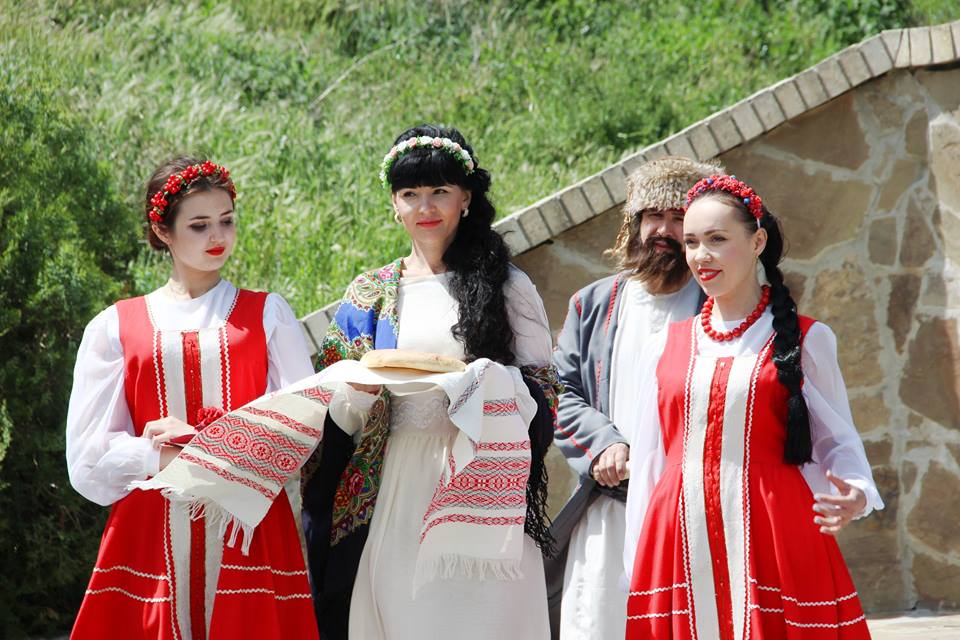 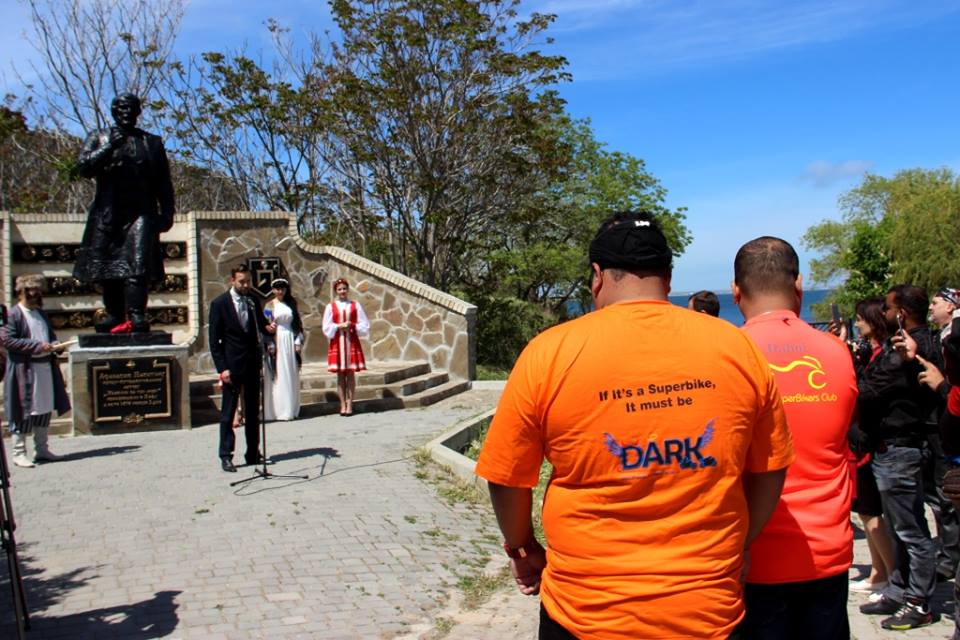 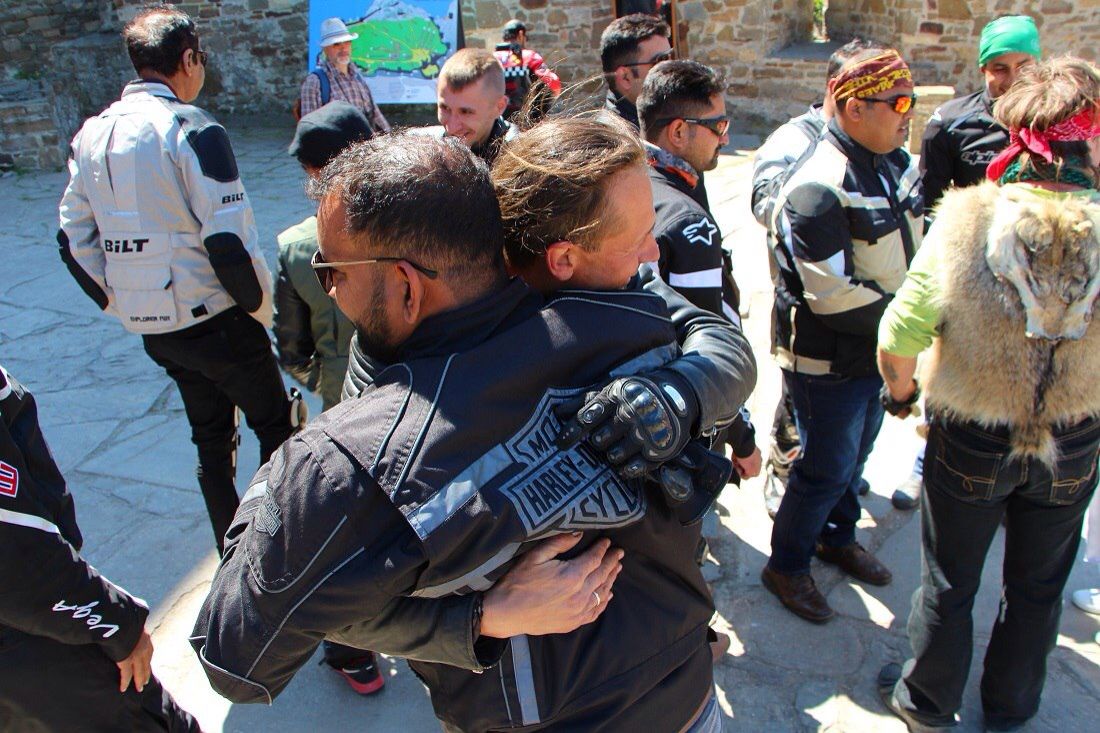 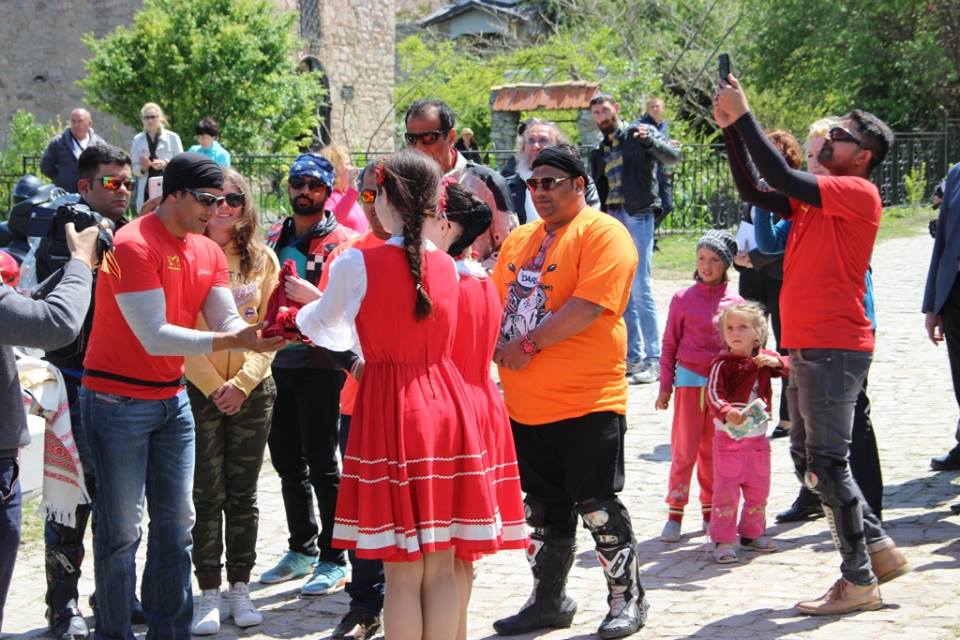