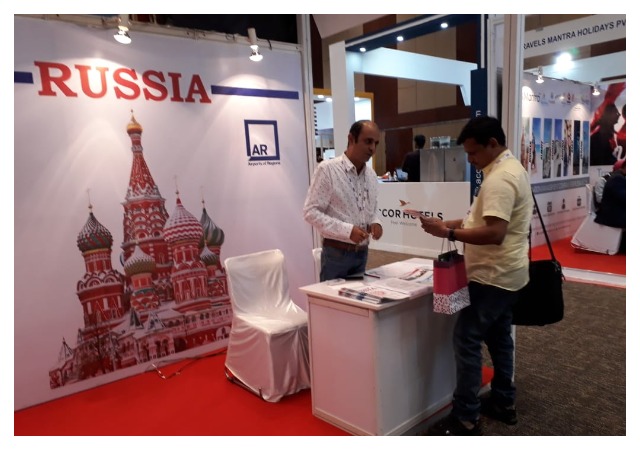 TTF-the largest exhibition company in India, since 1989, organizing exhibition events in the tourism industry in major cities of India, carrying out its activities with the support of the Ministry of tourism of India, state tourism boards, National tourist Offices, thousands of private companies and trade associations.

Features of Indian tourist exhibitions in contrast to Russian-they are organized primarily for communication B&B-for representatives of travel companies.  In India, live personal communication with future partners is accepted, because the format of exhibitions is very important for establishing new business ties.

In 2018, Russia was represented only by India Friendly program represented by its initiator and organizer - the Russian information center at the exhibition in Hyderabad . At the India Friendly stand were presented the sights of Russia and the enterprises participating in the program-hotels and food enterprises. Among the hotels participating in the India Friendly program at the exhibition were presented VEGA Izmailovo Moscow, Azimut Olympic Moscow, Station (St. Petersburg), as well as other participants of the program - the list of participants on the website http://www.india-friendly.ru

Interest to travel to Russia from the Indian active population is growing every day. In 2017, more than 100 thousand Indians visited Russia. The most popular cities and destinations are Moscow, St. Petersburg, Kazan, Sochi, the Baikal region. 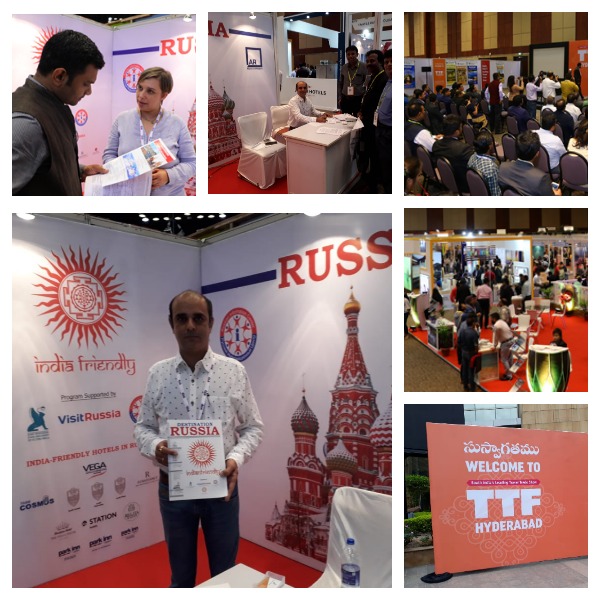