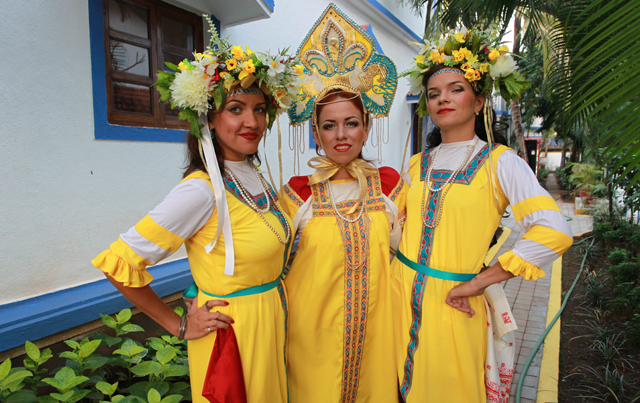 It a well-known fact that Russian tourists often face difficulties in finding comprehensive information about Goa, its tourist infrastructure, sightseeing options and many other facilities that make stay in Goa really enjoyable, most of the time because of the language barrier. With 24*7 call center with Russian-speaking operators, Russian Information Center in Goa was a long-awaited facility for many Russians coming to Goa for short and long-term vacation.

“The idea to create a place where any Russian can come with his or her problem has been hovering over many years, and not only among Russians living and working here but among Indian business community and even tourism sector authorities. The project was supported by Consul General of the Russian Federation in Mumbai and Hon. Consulate of the RF in Goa, it was also appreciated by Goa Department of Tourism”, Ekaterina Belyakova, the Principle of Russian Information Center said.

Another mission of Russian Information Center in Goa is to promote Russia, its culture and traditions, language and tourism opportunities among Indians. “It is not always easy to get information on attractive tourist destinations in Russia, available packages, flights and hotels, and especially Indian food availability in Russia. We will be providing essential information about Russia for those Indians interested in our country and thus promoting Russia’s multifarious opportunities and culture”, Ekaterina Belyakova added.

Times of India: Information centre for Russians set up in Goa