Goa introduced ladies-only taxi and special mobile app to control beach cleaning; Indian government is going to discuss the possibility of reducing the price of entrance visa for the Russians from $75 to $60 as an anti-crisis measure; also Russia and India look forward to visa-free exchange of 3 members tour groups and hope to establish visa-free regime between the countries one day. These are the news announced during the press-conference "Goa as a travel destination: plans and forecasts season 15-16".

The event was organized for and of on behalf of Ministry of tourism of Goa by Russ Info Center and took place during the "Otdikh/Leasure 2015" touristic forum in Crocus Expo Hall (Moscow).   Even during the economic crisis Goa remains a most popular destination for Russian tourists. According to the Head of International Relations Department of Russian Federal Agency for Tourism (Rostourism) Valery Korovkin, 180,000 Russians a year visit Goa. He also admitted that the number of Indian citizens visiting Russia is about 10 times less and hardly reaches the number of 20,000. To improve the situation Rostourism is starting a vast program for popularising Russia as a travel destination. The program will be widely presented in India.

In his turn Head of Tourism Department of Goa Ministry for Tourism Mr. Ameya Abhyankar promised to support Rostourism's initiative not only as a state employee but as a private citizen as well. "Russia is a wonderful country with rich culture and traditions. And Russia is not only Moscow and Saint Petersburg, there are plenty of other beautiful places. I will strongly recommend my friends to visit the country. Even more so it's much easier for a citizen of India to get a Russian visa than a Schengen, UK or US visa".

Valery Korovkin also announced that Rostourism is working on the project of visa-free exchange of tour groups between Russia and India. Russia is already interacting this way with China and going to spread the experience on touristic relations with India as well. The procedure will not be simply copied but upgraded. In particular the minimal number of tourists in a group will be 3 tourists, not 5 as in case with China. "This way parents and a child become a tour group and have an opportunity to get to India or to Russia without visa, emphasized Valery Korovkin.

" Hope it will become the first step to the visa-free regime between India and Russia" Valery Korovkin can not yet announce the date the visa-free exchange of tour groups would start, but assured that Rostourism would make maximum efforts for this to happen in 2016.

Ameya Abhyankar described the way Goa Ministry for Tourism did its best to make the tourists' stay in Goa most comfortable. "From this season on there is a baywatch on every beach working from early morning till midnight. Since being established the baywatches have helped almost 400 tourists,  stated Ameya Abhyankar. In addition to the recently expanded staff of seaside janitors mobile app to control beach cleaning quality has been introduced. Now any tourist can picture rubbish and send the photo to the cleaning service through the mobile app. As a feedback the photo of the place cleaned will be sent in 12 hours. Also Goa introduced ladies-only taxi for women who travel alone. The taxi is available right at the airport".

According to Ameya Abhyankar, in order to stimulate Russian tourists in economic crisis period Indian government is going to discuss the possibility of reducing the price of entrance visa for the Russians from $75 to $60 as an anti-crisis measure.

Chairman of Goa Tourism Development Corporation Nilesh Cabral remarked that the number of tourist activities has been constantly growing "Goa is a small dot on the map of India, but the recreation variety is almost limitless. These are sightseeing, extreme sports, Ayurveda, yoga and different local celebrations, underlined Nilesh Cabral.  Now we pay plenty of attention to such an actual trend as ecotourism and each year we are ready to offer our guest some new routs. Goa is able to surprise both first-timers and regulars. More than half of the foreigners visiting Goa are from Russia, and I'm sure that the simplifying of visa regime is sure to make the region even more attractive and accessible for our Russian friends. 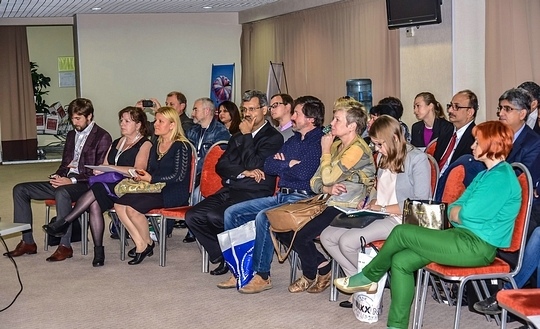 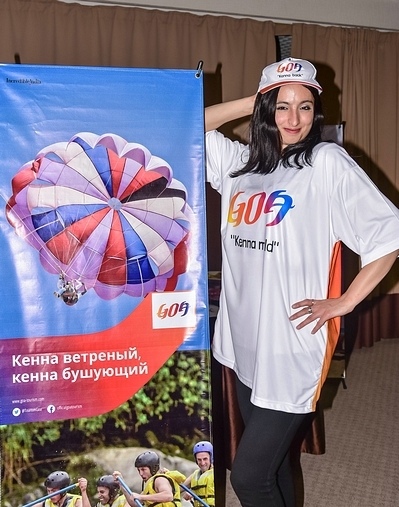