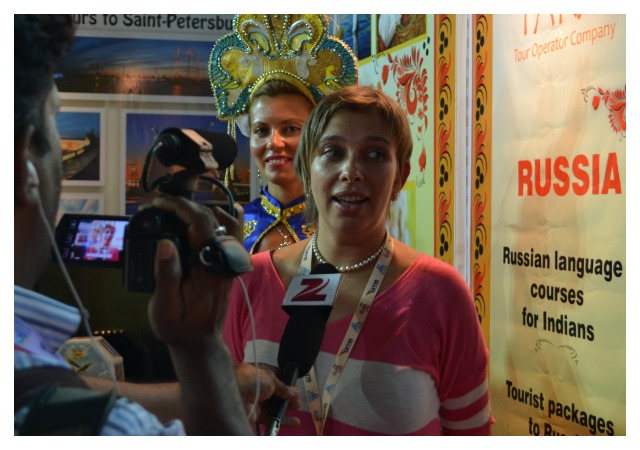 Russia, which sends the largest contingent of foreign tourists to Goa, will make its presence felt at the Goa International Travel Mart (GITM) being held here next month.   Besides projecting Goa as a tourism destination, the Russian musicians, performers, a dash of traditional vodka and special Russian snacks are expected to spiff up the Russian presence.

"The mart is a promising event to promote Russia, its tourism opportunities and culture, as this event brings together travel companies, hoteliers, tourism authorities and many other industry players," said Ekaterina Belyakova, head of the Goa-based Russian Information Center.   A special seminar on Russia as a destination will also be held at the GITM, which is being organised by Goa Tourism April 2-4.

"Experts will introduce best tour packages options to Moscow and St. Petersburg. Speakers will also shed light on plans to organise Indo-Russian cultural festivals in both the countries to promote closer relations," Belyakova said.   Business delegates from several Commonwealth of Independent States (CIS) countries as well as from Mongolia and Kirgizstan will be participating in the GITM.

"As many of these were recently included in the list of countries eligible for simplified visa regime introduced by the Indian government, Goa is likely to become a major destination in South Asia for these countries. Many do not currently have any charter flights for Goa unlike Thailand and Bali," Belyakova said.

Relations between Russians and Goans were particularly low this year due to sporadic clashes between the two groups over issues related to miscommunication and business rivalries.   The curt cancellation of an Indo-Russian music festival a few months ago had threatened to trigger a diplomatic row between the India and Russia.   Russia sends more than a half of the five lakh foreign tourists who annually land in Goa.