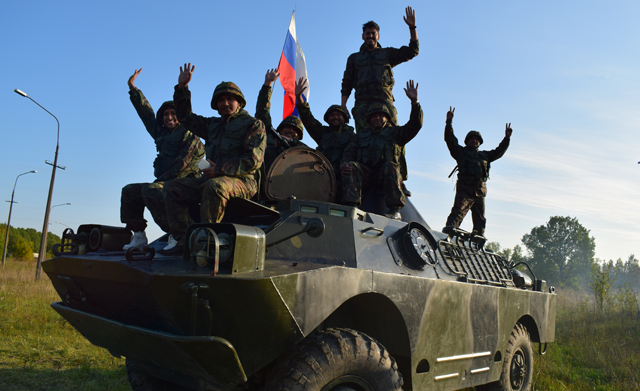 Soviet and Russian army small arms show: Instructors will show you variable items of small arms from pistols and submachine guns to mortar and tell about them. You will be able to inspect them in all detail and make unique pictures holding them in your hands. There will be a briefing of disassembly and assembly of the legendary Kalashnikov, including its modern versions, after which you will have a chance of doing it yourself under supervision of our instructors. As part of the program there will be target shooting with these weapons.

Real armored vehicles and tanks: Our fleet consists of both fully tracked and wheeled armored fighting vehicles of Soviet and Russian army. Instructors will tell you about each vehicle and answer your questions on it. You will have an opportunity not only to inspect them from outside and inside, but also to ride a tank or BTR (armored infantry vehicle) either as a passenger or as a co-driver. The same is possible with the army cross-country trucks and jeeps, which are also part of our fleet.

Military style events: Variety of military-style programs with the use of all our resources, which certainly include all the above but are not limited to it. The program may last from half a day to several days. It will include some basic elements of Russian army service such as marching drill, physical training, zone of obstacles, combat training. So, if you want to ride tanks in Russia, to learn more about real weapons and army, to practice

The basic program of Military tour:

Arrival at the base. Dressing up in military uniform, it can be worn over the clothes in which you arrive. Bringing safety requirements.

In addition to riding on armored vehicles we offer an interesting development of events: a sudden attack of "spooks", explosions, gunfire, back the attack – the Real Action with professional pyrotechnics. This option may be a surprise to most participants. May know about it only by the orginizer and this surprize turns out very interesting.

For consideration: a Wide selection of real, cool combat weapons, which may be of interest to any member of the military program.

The firing of small arms is carried out on specially prepared platforms from the shelters. Shooting should only be done under the guidance of several experienced instructors.

Point activity № 3. Tour of the exposition with military equipment.

Along with active activities that we offer at our base we are happy to offer our military programs participate in a fascinating tour of the unique collection of tanks, fighting vehicles of the great Patriotic War.

The notability of this tour is that it is interactive. Apart from getting interesting information about equipment and weapons from the guide You will be able to climb into any war machine both internally and on her. Experience shows that this excursion in their program exceeds even the tour program in the tank Museum in Kubinka, where the technique of climbing is strictly prohibited.