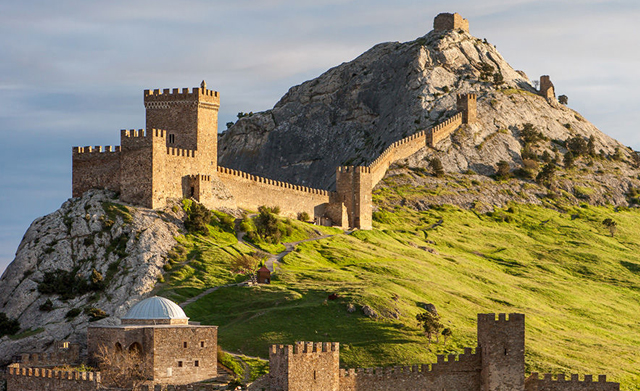 The monuments of medieval archeology and architecture of the 3–16th centuries. The total area of the fortress is 27.9 hectares. According to the text of the Marginalis of the 13thon the margins of church book Sugdeya fortress was founded in 212.The anonymous author, who lived in Sugdeya in 1296, wrote on the margins of the Short Lives book (Synaxarion) the following text: “Sugdeya fortress was built in 5720 [212], and today, namely in 6804 [1296], it has passed 1 084 years since the foundation of Sugdeya”.

It stands out among other architectural landmarks of the Crimea not only their appearance, but also the spirit of time that fills each incoming in. Visitors captures a special atmosphere: it seems everything here is literally steeped in medieval romance, a time of noble knights and beautiful ladies. However, the Sudak (Genoese) fortress is the only one so ancient a monument of the Peninsula, survived in such good condition.