Ekaterinburg - the capital of Ural Region 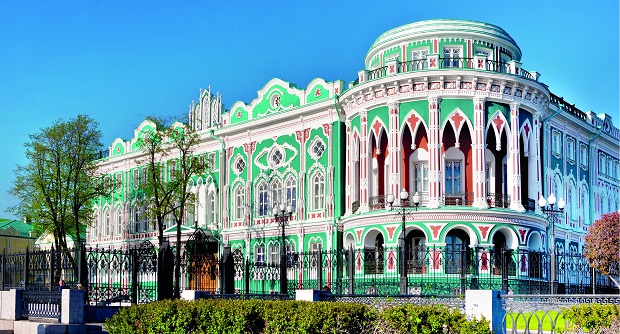 The 3rd most visited city by tourists in Russia, it sits on the border of Europe and Asia and has a monument marking the spot, it is the 4th largest city in Russia with an estimated population of 1.5 million citizens located east of Ural Mountains on the Iset River banks. The city was formed in the year 1723 under a decree of the Tsar, Peter the Great and named after his wife. The city has the 3rd largest number of theatre and art facilities in Russia at the same being an industrial and mining powerhouse. The oldest gold mine in Russia is in the region and Ekaterinburg is also famous for other precious metals like platinum and many types of semi-precious stones. The city also is the centre for military production with the world's largest open-to-sky Military museum.

The new city houses some of the tallest buildings in Russia making a visit to this city an experience which is unique, and which caters to all types of tourists.