Signing of MOU between The Department of Culture, Sevastopol and Russian Information Center in Mumbai

H.E. The Governor of Sevastopol, Republic of Crimea of the Russian Federation hosts Indian Travel Agent delegation numbering 108 agents organised by Russian Information Center in Mumbai and oversees signing of MOU between Russ Information Center Mumbai & the Department of Culture, Sevastopol, with the objective to promote tourism.

Russ information Center (RIC) organised a familiarisation tour for 108 Indian Travel Agents to Russia covering the cities of Moscow, Yekaterinburg & Crimea region. RIC  chartered a full aircraft from Ural Airlines (Russian Airline) to ferry the group to Russia and back to Mumbai. The tour took off from Mumbai on 01 April 2019 and returned back to Mumbai on 09 April 2019.

On 06th April 2019, the respected Governor of Sevastopol Mr. Dmitri Ovsyannikov hosted the Indian delegation in Sevastopol and over saw the signing of MOU between the Cultural Department of Sevastopol and Russian Information Center in Mumbai, to promote tourism between the two regions, the event was very well curated with live opera musicians playing scores in the background followed by a wonderful and lip smacking Indian Dinner specially organised by the Government of Sevastopol.

"Today, a warm welcome to our Indian Brothers numbering more than 100 representatives of the tourist industry and the media from India who are in our city today. We discussed cooperation, primarily in the field of tourism - Sevastopol will be happy to accept Indian tourists. I am confident that cooperation with the Russian Information Center in Mumbai will give a new impetus to the development of tourist relations between our countries ", - said Dmitry Ovsyannikov.

"We are very pleased to be in Sevastopol, we see great potential in the development of tourist relations between India and Sevastopol. Architecture, culture, nature, good Indian food, smiling people with open hearts - that is what is important for Indian tourists and what they like"- said Paresh Navani, Partner of Russian Information Center in Mumbai.

H.E. The Governor of Sevastopol proposed in conjunction with the tourist community of India, to consider an initiative to hold in 2020 in Sevastopol a tourism conference of BRICS member states, to develop the prospects of tourism development in Crimea as a common project of the Association of BRICS.

Expanding the topic of BRICS, the Deputy Head of Directorate-General of Culture & Head of Department for Development of Tourism Industry, Mr. Mikhail Yuralov said that: Definitely expectation for the event are high due to tourism potential being high and due to the high levels of investments being made in infrastructure in Sevastopol & in the Crimea region. The Governor having stepped forward with the BRICS initiative, we hope the member countries will participate and we hope the conference will tackle the topic of new territories being opened for international market and bring certain realistic action plan to be adapted and implemented within 5 to 7 years.

Sevastopol is known all over the world: Boulevard de Sebastopol in Paris, Crimean Memorial in the crest of London with the names Sevastopol, Inkerman, Alma immortalized in granite, 3 towns of Sevastopol in the USA, our toponyms in Canada, Australia, New Zealand, even on the Isle of Mauritius in the Indian Ocean... So Sevastopol is a part of the world history and culture and tourists could see this history and touch it themselves. We also have beautiful weather and nature, modern spa facilities, even Indian friendly restaurants and cafes. The Russian Tzars and Soviet Union leaders all had their villas at the Crimean Black Sea coast, so it’s worth while coming over and taste it (alongside with brilliant wines).

We are quite pleased to note the high reputation of Russian Information Center in Mumbai and the support it enjoys from the various Government Departments of Russia, public structures and the outbound market in India and we hope that the coming years will fulfil our objective considering the Russian Information Center has successfully brought the largest ever trade delegation of 108 Executives, to touch the shores of Crimea.

Russian Information Center in Mumbai has been appointed the representative of the proposed BRICS Tourism conference in Crimea to generate participation from India and the surrounding countries. 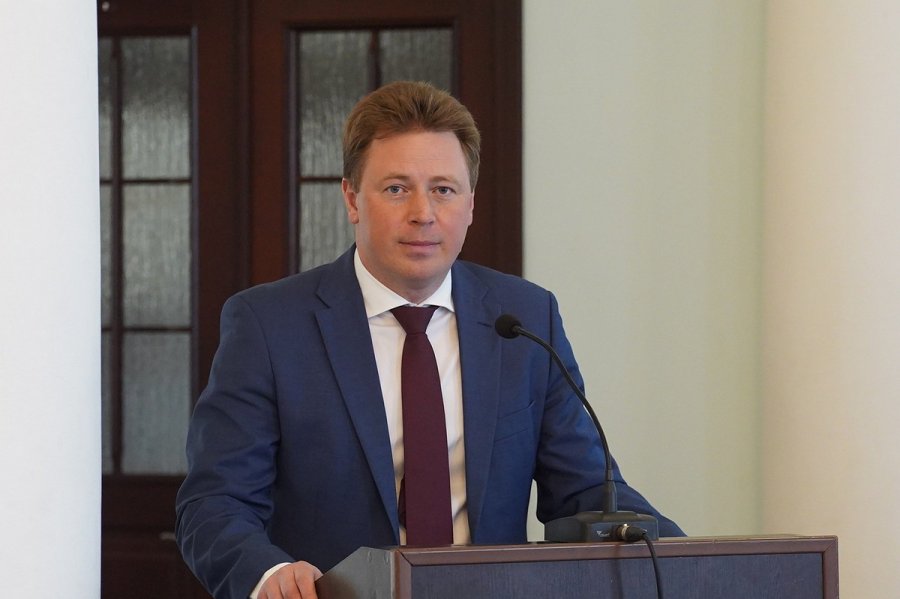 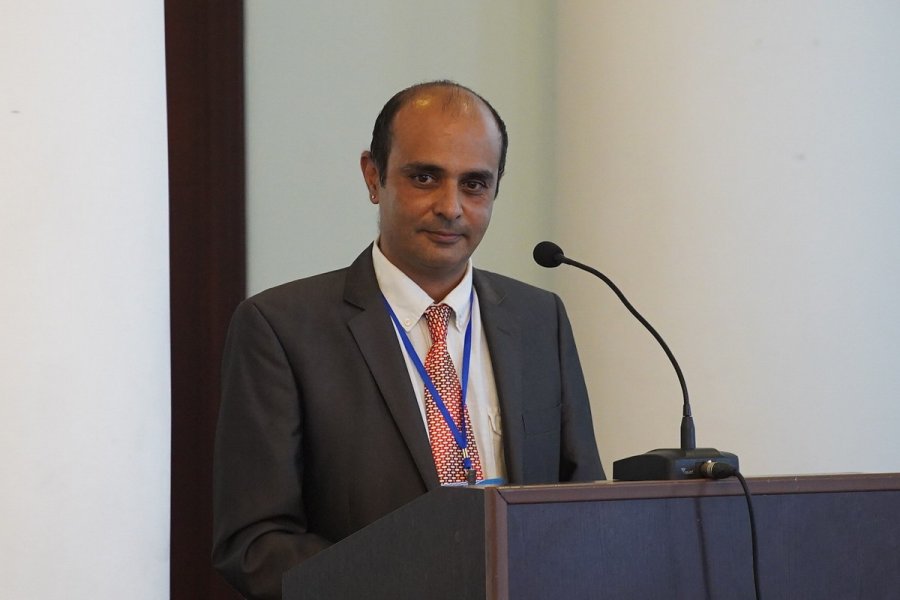 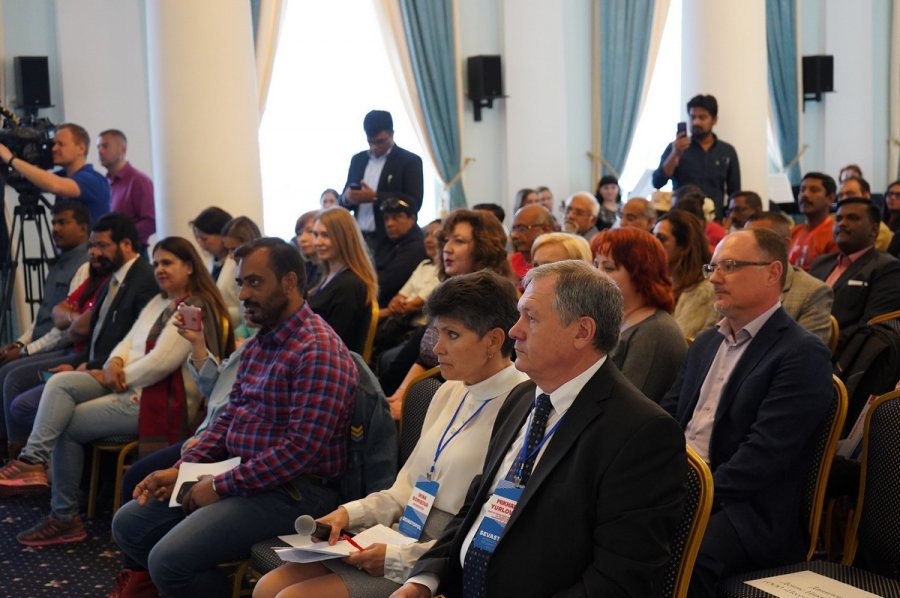 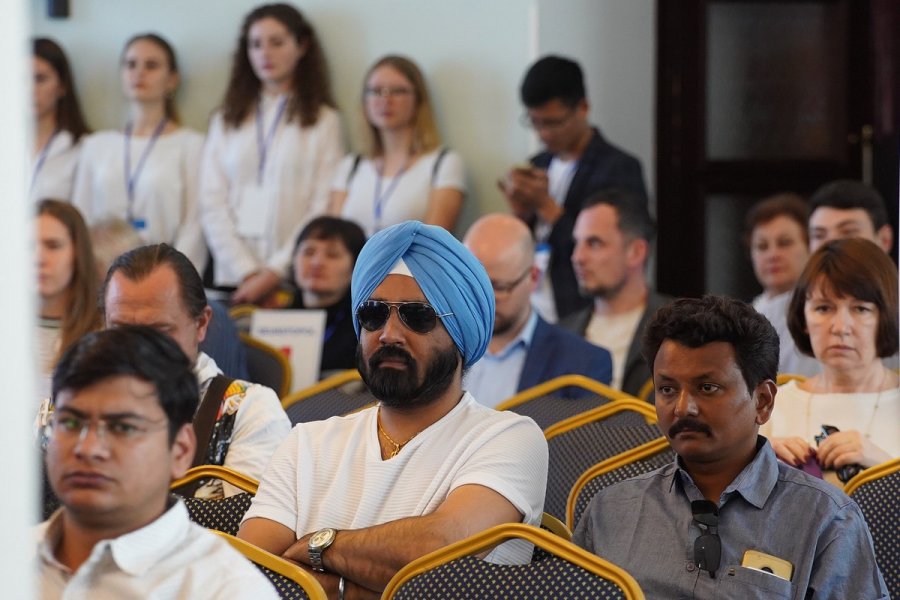 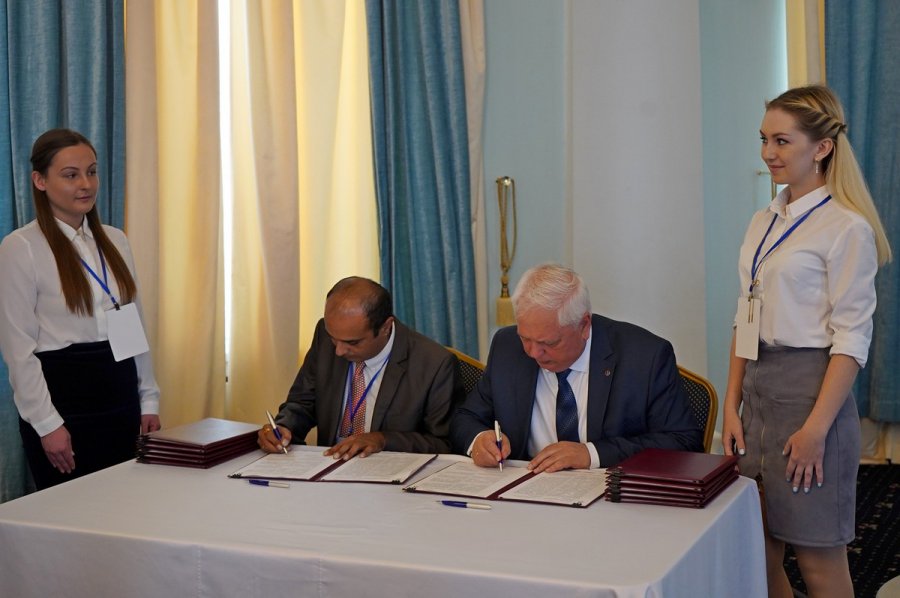 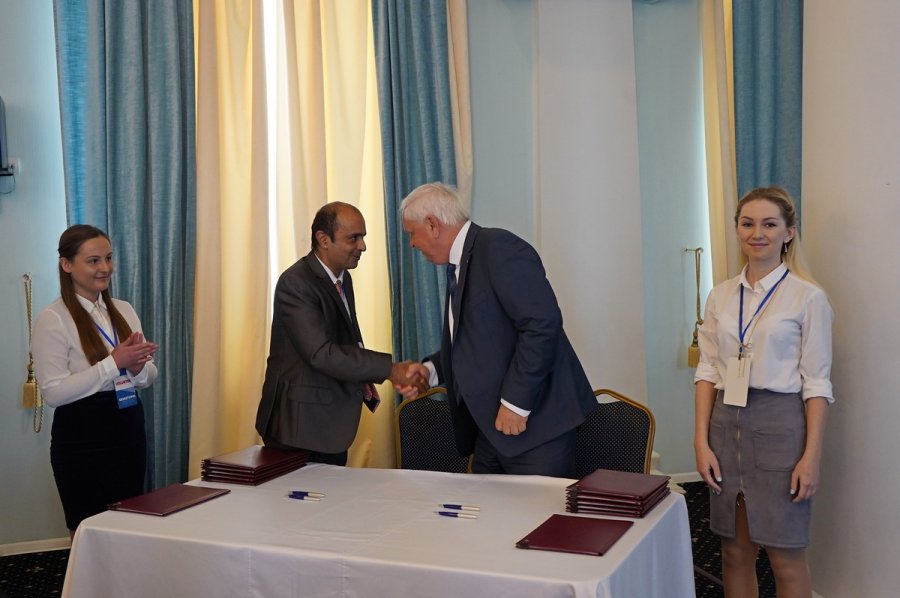 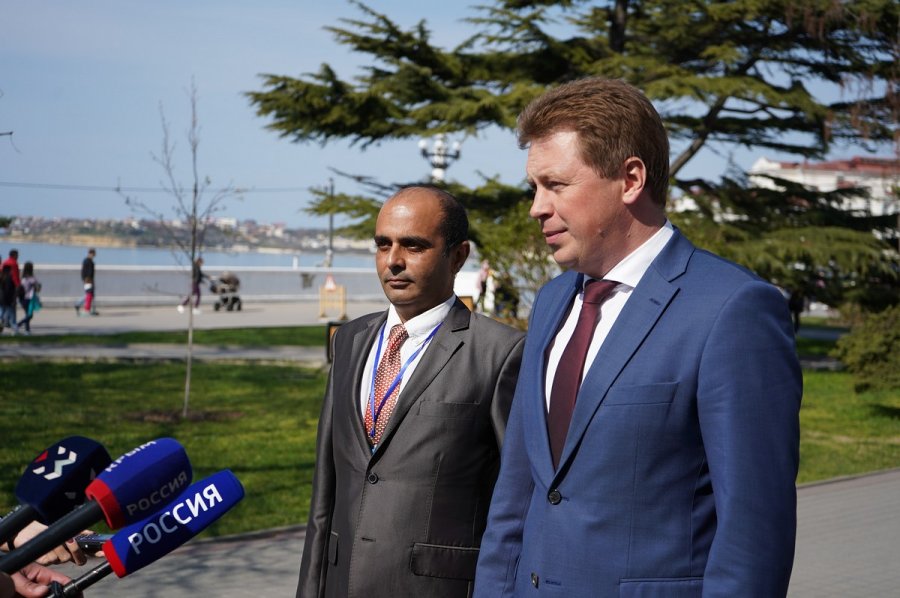 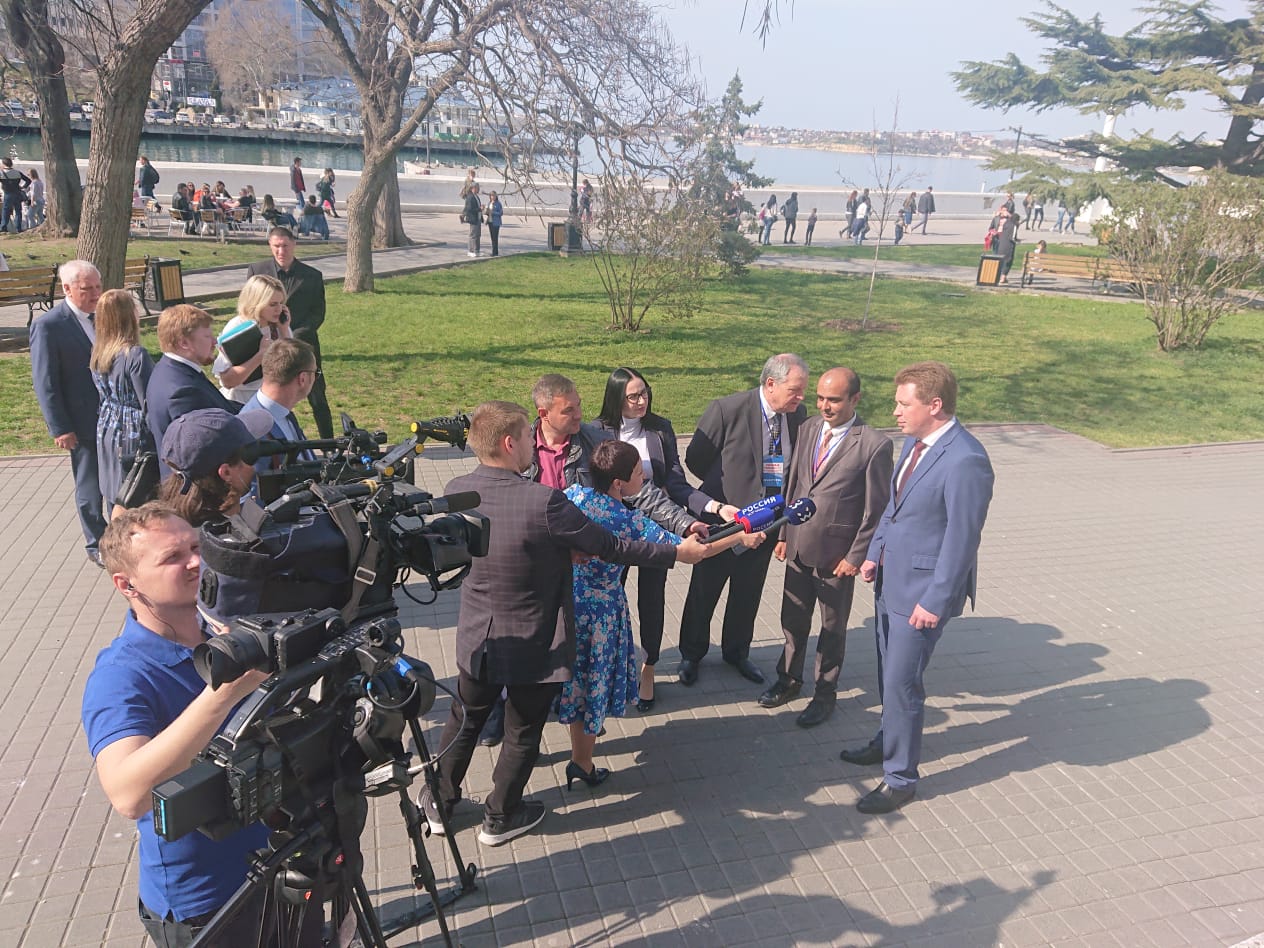 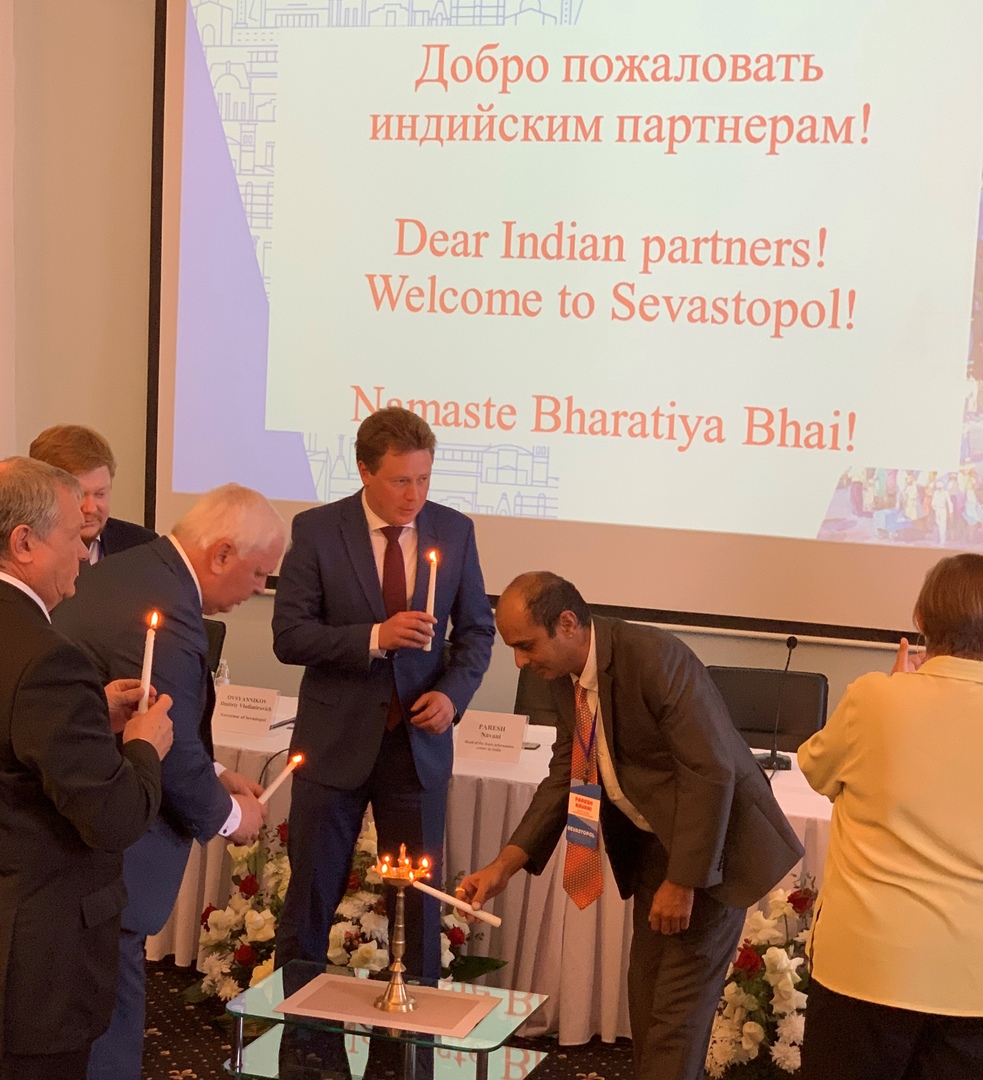