Autonomous Nonprofit Organisation “Tourist Information Center of Primorsky Territory” (TIC) in the person of Ms. Darya Guseva, acting under charter, signs co-operation agreement with Russ Information Center LLP, India (RIC) on Sunday, 11 August 2019 in Valdivostok as a pre-cursor and to lay the groundwork for the Indo-Russian Strategic Meeting scheduled from 12 August 2019 which was headed by the Indian Union Minister of Trade and Development Mr. Piyush Goyal.

The agreement clearly stated objectives areas of co-operation between TIC & RIC in the Indian market using the mediums of seminars, conferences, roundtables, exhibitions and presentation activities to showcase the tremendous tourism potential of the region and to increase the tourist flow from India to the Primorsky Territory in the far East of Russia.

The agreement creates the legal basis to co-operate equally in a fair partnership to achieve the goals of promoting the region in the Indian market using not-for-profit models. This agreement was prompted by the successful implementation of the Free E-Visa program to Vladivostok & Primorsky Territory for Indian Citizens.

The activities planned are as per accepted legal norms to promote the region and to explore the possibilities of FAM tours to the region to generate interest in the Indian Travel Trade.

" For us, the inbound tourism market from India is important and it's one of the strategic directions for the development of the region. Already today we see an increasing inbound tourist flow after the introduction of an electronic visa in Vladivostok. There is already air communication connecting via Hong Kong and Seoul, but nevertheless, if we are talking about the systematic development of this tourist destination, we should talk about a direct flight. Therefore, at our meeting with Indian colleagues, we discussed this issue, as one of the most necessary. If it's resolved in the near future, we can safely hope that the number of tourists from India to Vladivostok and the Primorsky Territory will be really increasing. In turn, we can offer several interesting directions, including those related to the crossing of our large country on the Trans-Siberian Railway and all tourist products that are associated with this. Thus, our region will become the gateway to Russia for tourists from India." , said Mr. Konstantin Schestakov, Director of Department of Torusim, Primorsky Territory.

"During the visit of the Indian delegation to Vladivostok, we concluded an agreement on information cooperation with colleagues. It will allow us to make every effort to promote the Primorsky Territory as a tourist destination in many states of India. In this direction, the support of the Russian-Indian office is invaluable. In addition, our colleagues agreed to create on their website a page dedicated to Primorye. How can the region be of interest to India? First of all, this is a simplified visa entry through the largest hubs in Asia. We are pleased to join the India friendly program, especially since we  have already​ experienced in a similar project with other countries. Therefore, we really hope for cooperation and in the future we expect an increase in the growth of tourist flow." said Mrs. Darya Guseva, Director of Torusit Information Center, Primorsky Territory

"This agreement is a landmark step in promoting the lesser known Russian regions in India, this is a follow through of the agreement signed with the Department of Science and Culture, Sevastopol, Republic of Crimea, Russian Federation. This enables RIC to further enhance its already well know activities of promoting Russian Federation in the Indian Travel trade since 2016. RIC will extend its ‘’Indian-Friendly’’ program in the Russian Far East and we hope that by the coming holiday season of 2020 the region will be ready and trained to receive and offer hospitality to Indian Tourists, along with creating the awareness in the trade to offer the destination to the Indian traveler. The region has a variety of options like Casinos, history, nature, Pacific Ocean nature reserves, culture, good shopping and very hospitable people which are the traits that attract the Indian Traveler, the activity of the program has already kicked-off with one 4 star hotel already confirming participation in the ‘’Indian-Friendly’’ program, adding further, there is now a strong possibility of direct flights to Vladivostok as stated by the Union Minister Mr. Piyush Goyal at the India Russia meet in Valdivostok on 12 August 2019", said Paresh Navani, Head RIC in India. 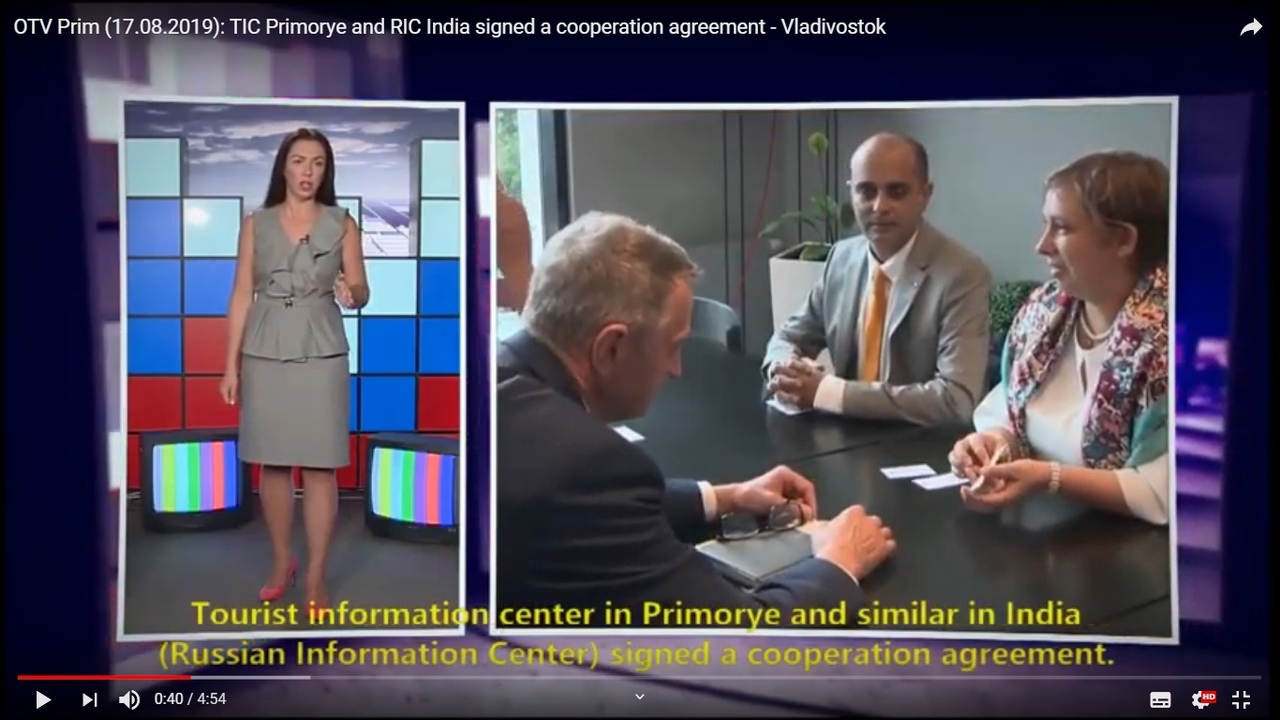 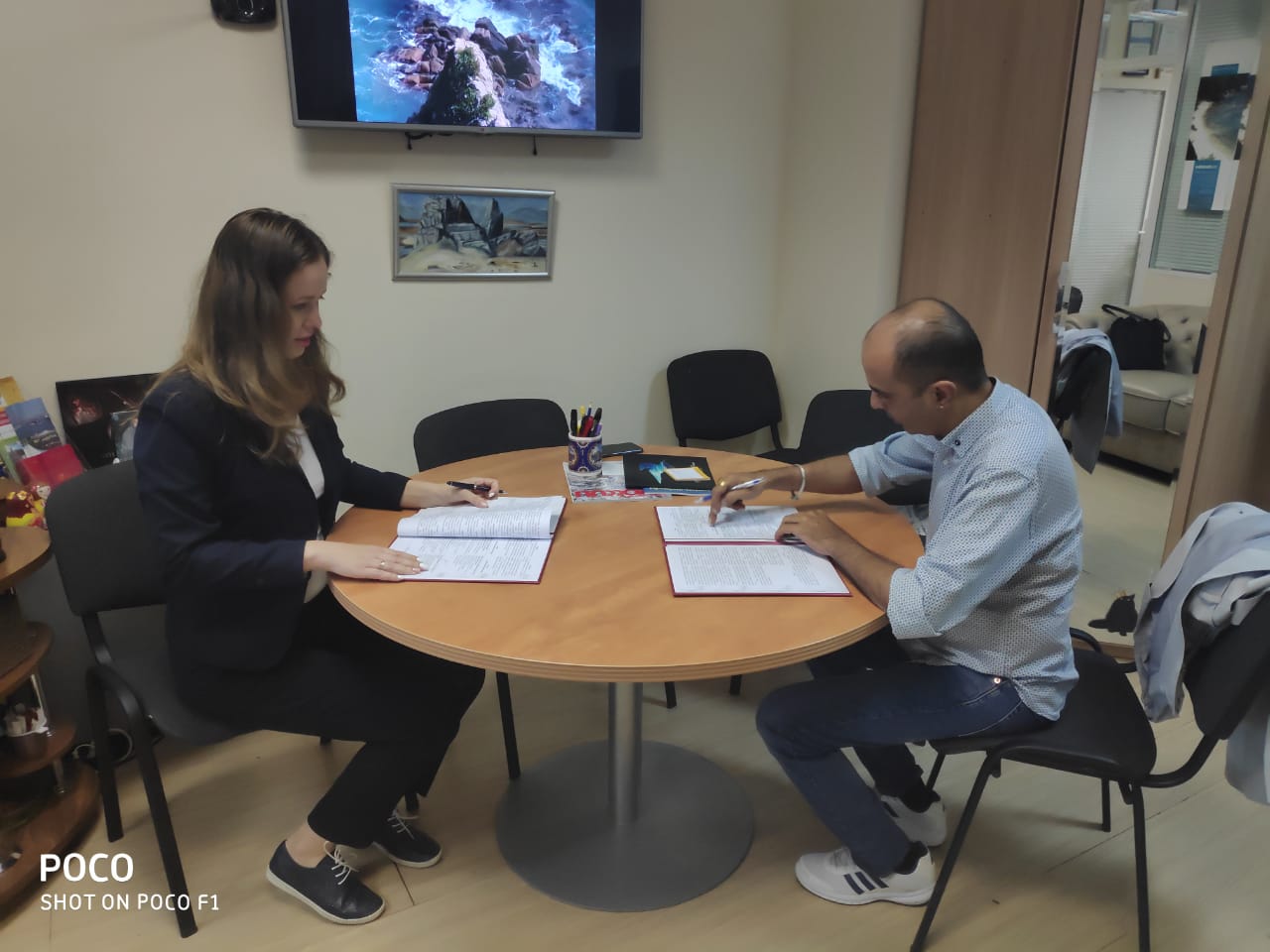 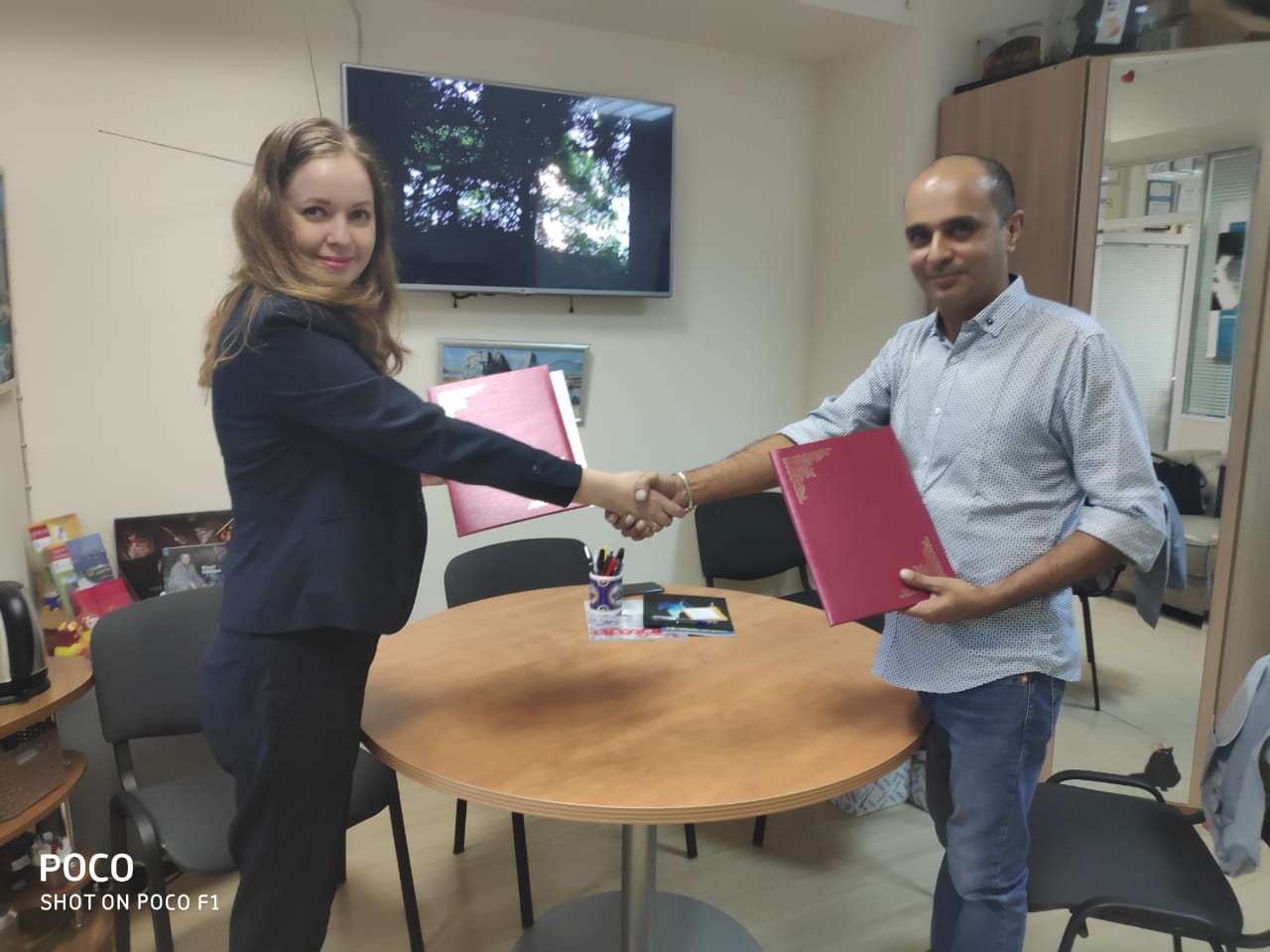 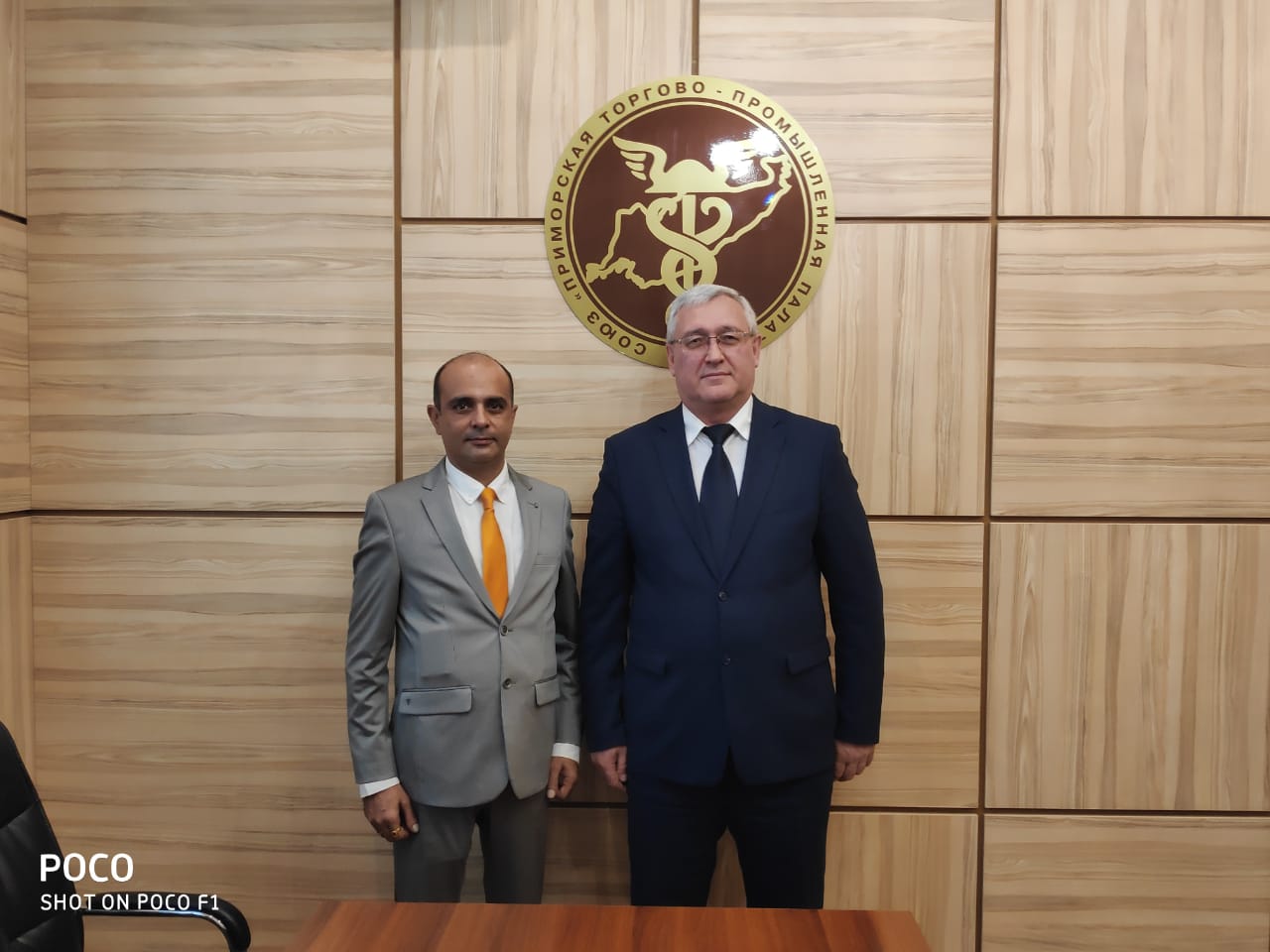 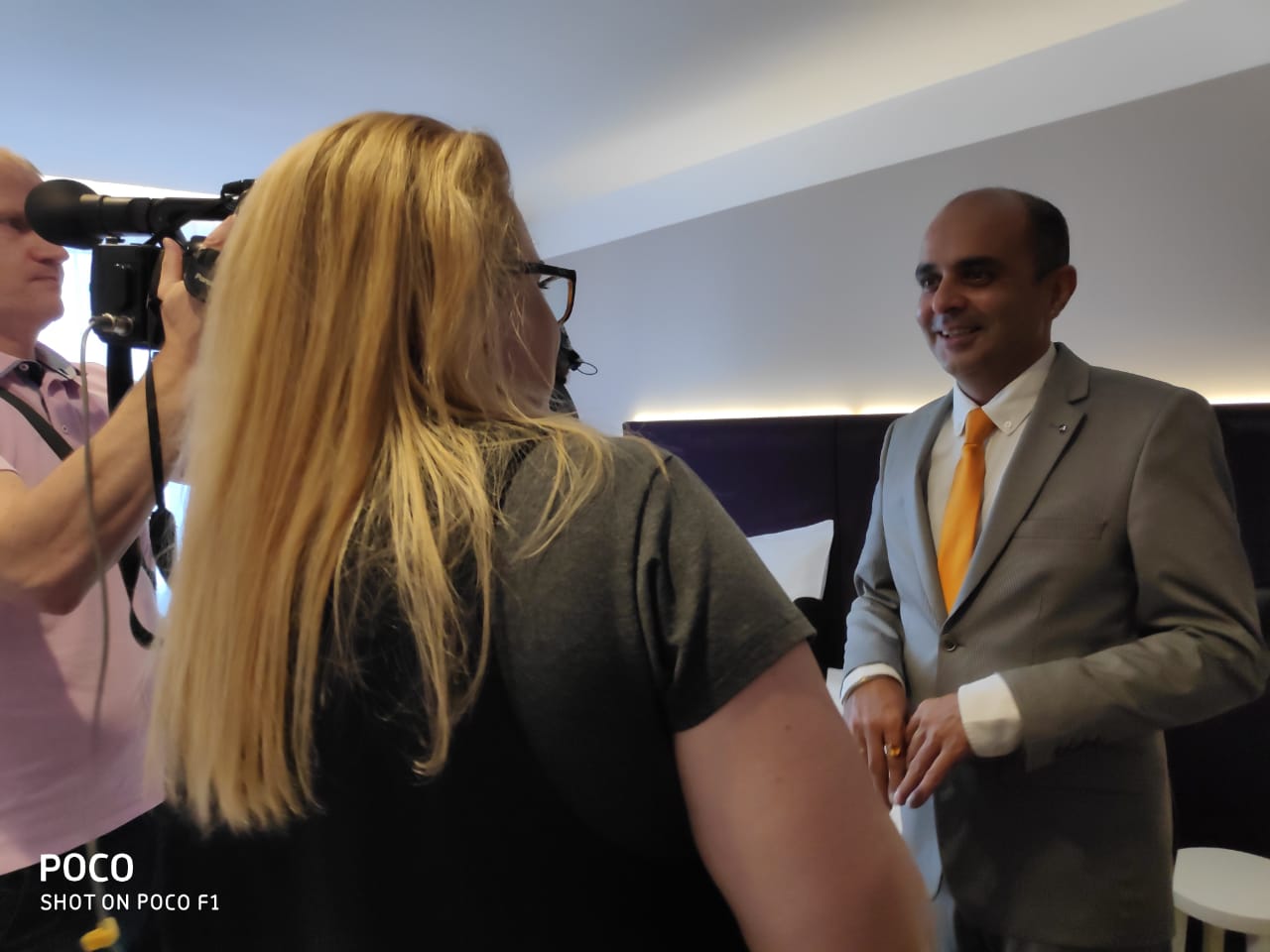 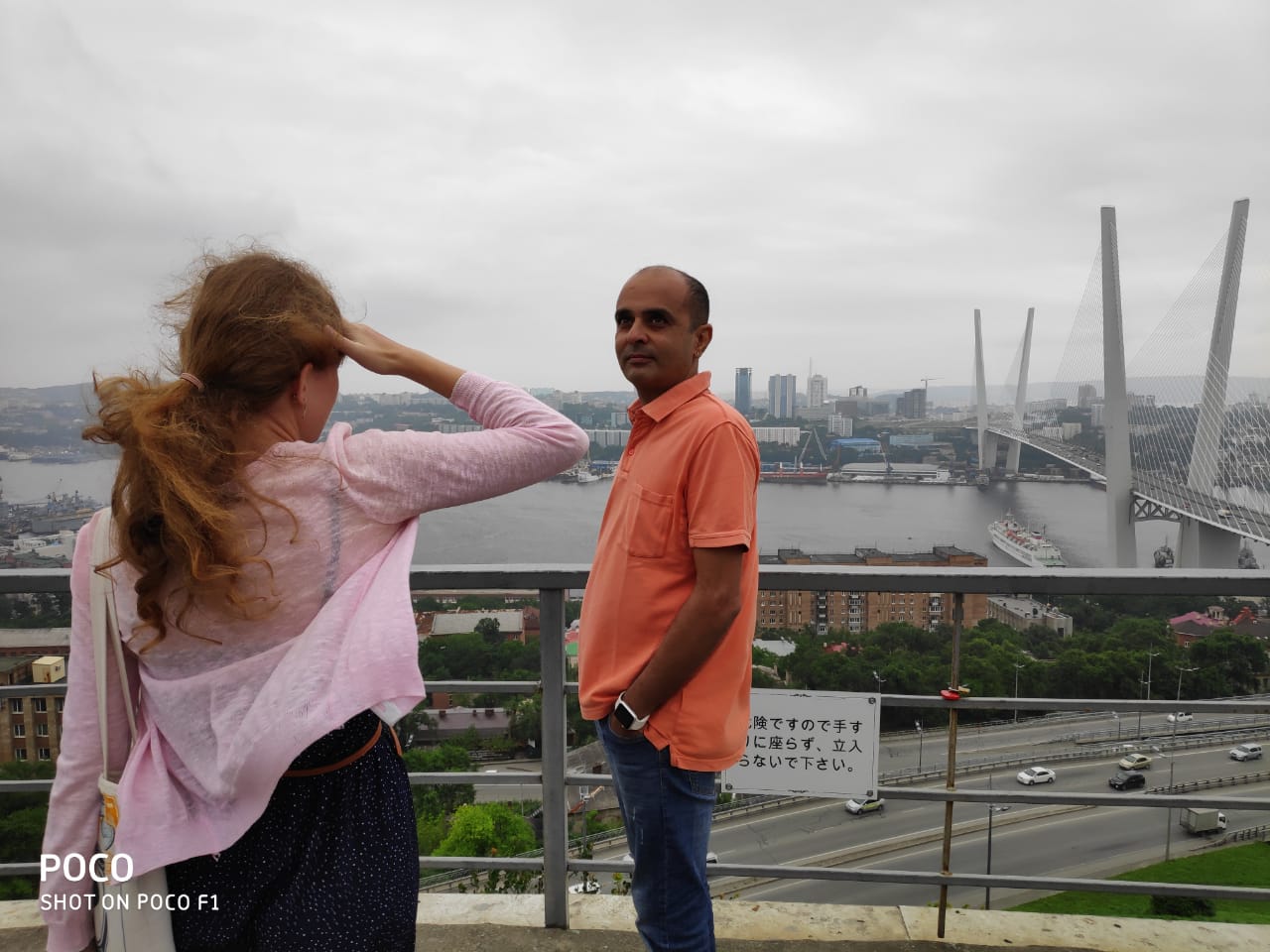