Delhi: Roadshow of the Federal Agency for tourism officially introduced e-visa for Indians to Russia 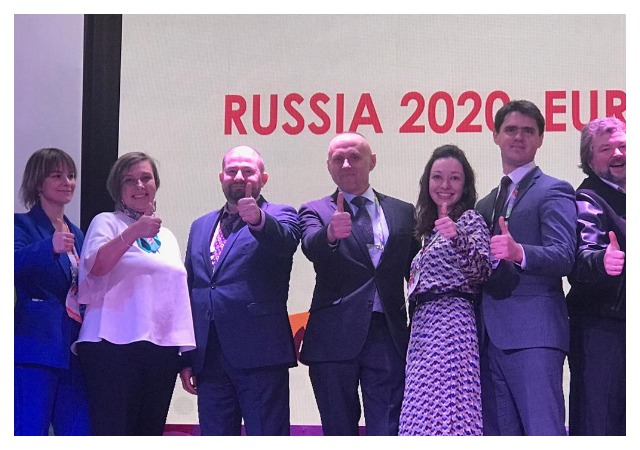 December 18, 2019 Road Show "Russia 2020. EURO as a gift" was held at the Russian Center of Science and Culture in New Delhi. The event is held by the Federal Agency for Tourism of the Russian Federation with the participation of Rossotrudnichestvo, ANO " UEFA Euro 2020 "(St. Petersburg) and with the official support of the world tourism organization UNWTO.

For the first time, The Federal Agency for Tourism, with the support of Rossotrudnichestvo, is holding presentation events of this scale in India, designed to acquaint the Indian tourism industry with relevant Russian products focused on tour exports.

"Rossotrudnichestvo is the coordinator of the overall work to promote the Russian cultural potential abroad. During the event, the opportunities of Russian regions and complex of tourist, cultural and educational routes such as the Golden Ring and other National cultural brands were presented, "said Alexander Radkov, Deputy head of Rossotrudnichestvo.

The main topics of the road show "Russia 2020. EURO as a gift" - information about the electronic visa and the rules of its formalities, as well as events dedicated to the matches of the UEFA Euro 2020 European football championship in St. Petersburg and the possibilities of fan ID. E-visas have been introduced for citizens of India and 52 other countries in St. Petersburg, Leningrad region, Kaliningrad region and the Far East. From 2021, it will operate throughout Russia.

"The Indian participants highly appreciated the information received at our presentation event. We came to the conclusion that the active promotion of information about e-visas within the professional community and the growth of welfare of a large part of Indians will soon lead to a multiple increase in the tourist flow from India. And we should actively develop those new types of tourism, which are requested in the Indian tourists - from culinary tours and shopping to expeditions to the Russian North and Kamchatka," said Deputy head of the Federal tourism Agency Sergey Korneev.

According to the members of the Russian delegation, which included heads of interregional tourist associations and representatives of relevant authorities from Tatarstan, Yaroslavl and Kaliningrad regions, St. Petersburg and other regions, Russia is able to offer products that meet the demand of Indian tourists. This is active and ecological tourism, cultural and educational travel, economic tourism (shopping, visiting various exhibitions), gastronomic and Golf tours. Tourist potentials of regions where Indians can enter by e-visa, including Vladivostok, were presented.

"We believe that the potential of the Indian tourist market is not less than the Chinese one and we see more and more Indian tourists in Russia. Three years ago there were 40 thousand, then-70 thousand, this year it is expected in the region of 100 thousand. But the potential of the market is not yet mastered. We see a huge interest in trips to our country and should take it into account," — said the Director General of the Union of national and international tourist information organizations (SONATO) Alexander Gorokhov.

"New Indians" may be particularly interested in individual and group trips in the winter tourist season, Russian experts believe. The industry is ready to offer tourists from India to admire the Northern lights, try riding haski and reindeer, skiing and sledding, get acquainted with winter hunting and fishing, visit various holidays and festivals, celebrate the New Year surrounded by real snow and frost. The Russian Arctic, the Murmansk region, the Krasnoyarsk territory, the Altai territory, the Far East, Kamchatka, Primorye, as well as Moscow and St. Petersburg are particularly interesting regions here. Also, Russian tour operators are ready to offer guests from India Sea and River cruises.

A Special program to promote Russia in the tourist market of India — "India Friendly" — was presented by the head of the Russian Information center in India Katerina Belyakova. This initiative is designed to create a comfortable environment for Indian tourists to stay in Russia, who, traveling outside their country, experience a number of inconveniences due to centuries of national and cultural characteristics and traditions of everyday life. The program has been successfully operating since 2016, and includes more than 27 hotels in 6 regions of Russia.

According to the hotel "VEGA" (Moscow), a participant of the India Friendly program since 2017, the flow of Indian tourists to the hotel has increased significantly: "We meet groups with a statue of Ganesha, provide adapters for gadgets, special lotions, jugs for sanitary procedures. Indian omelette is prepared for Breakfast and Indian dishes for lunch." The hotel is interested in Indian tourists because the tourist market of India has great potential. Indians always come in large groups, large families with children. Indians are distinguished by modesty, unpretentiousness in everyday life. In 2017, Izmailovo hotel received 2016 guests from India, and in 2018 - 3722 people. We expect an increase in visitors from India in the future." (1)

People's artist of Russia, General Director of the Great Moscow state circus Edgard Zapashny visited India as a" Tourist Ambassador". He said that Russian culture and Art also have something to offer guests from India. For example, the Russian Circus is able to surprise Indians, despite the ancient traditions of training in this country. In addition, the circus is a spectacular art and its perception does not depend on nationality. In addition, Russian ballet, Theatre and Opera, famous Museums and interesting tourist routes will help Indians to get the most complete impression of the cultural traditions of Russia.

To support the "Cultural" part of the presentation, the soloist of the St. Petersburg theater "Russian ballet" and "Tourist Ambassador" - singer, author of the main song of the 2018 world Cup "Come on, Russia! Come on, Football!" Vladimir Brilev. Their performances were met with applause.

In addition to India, the Roadshow " Russia 2020. EURO as a gift " is held by the Federal Agency for tourism of the Russian Federation in China, Japan, Vietnam and South Korea. 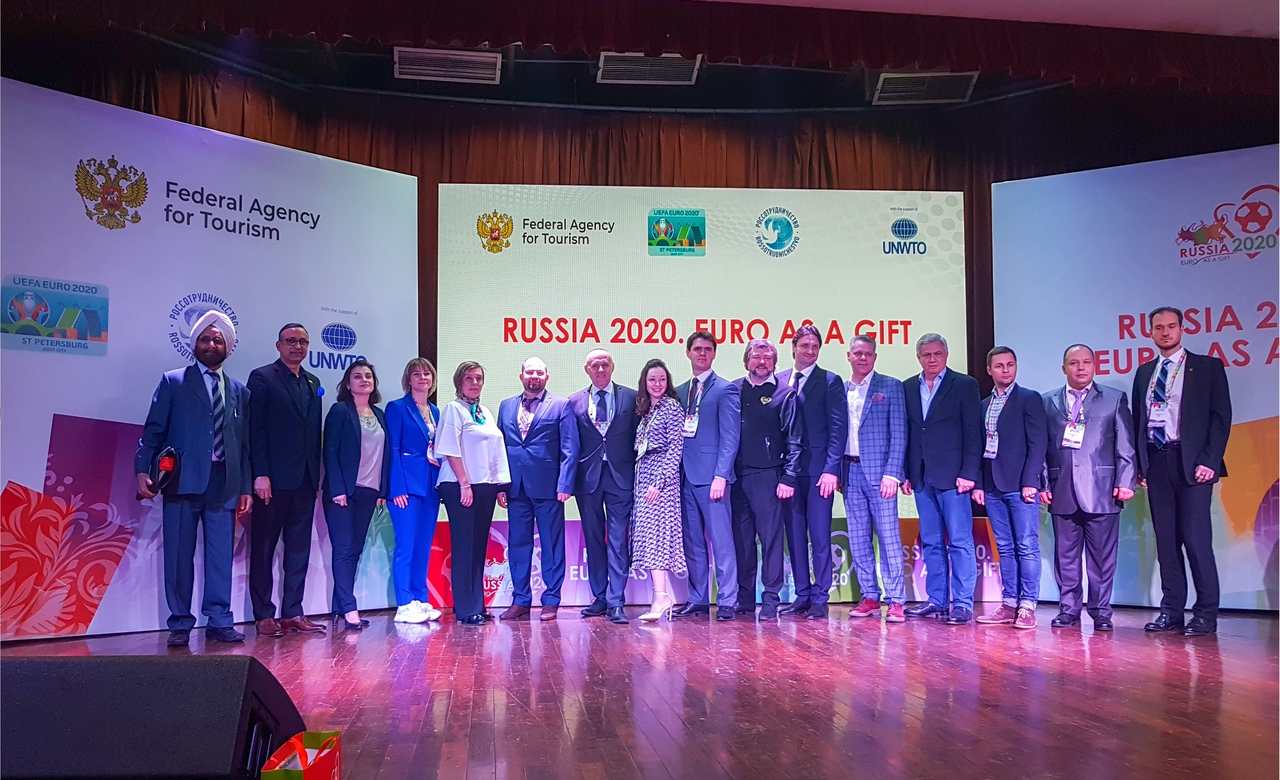 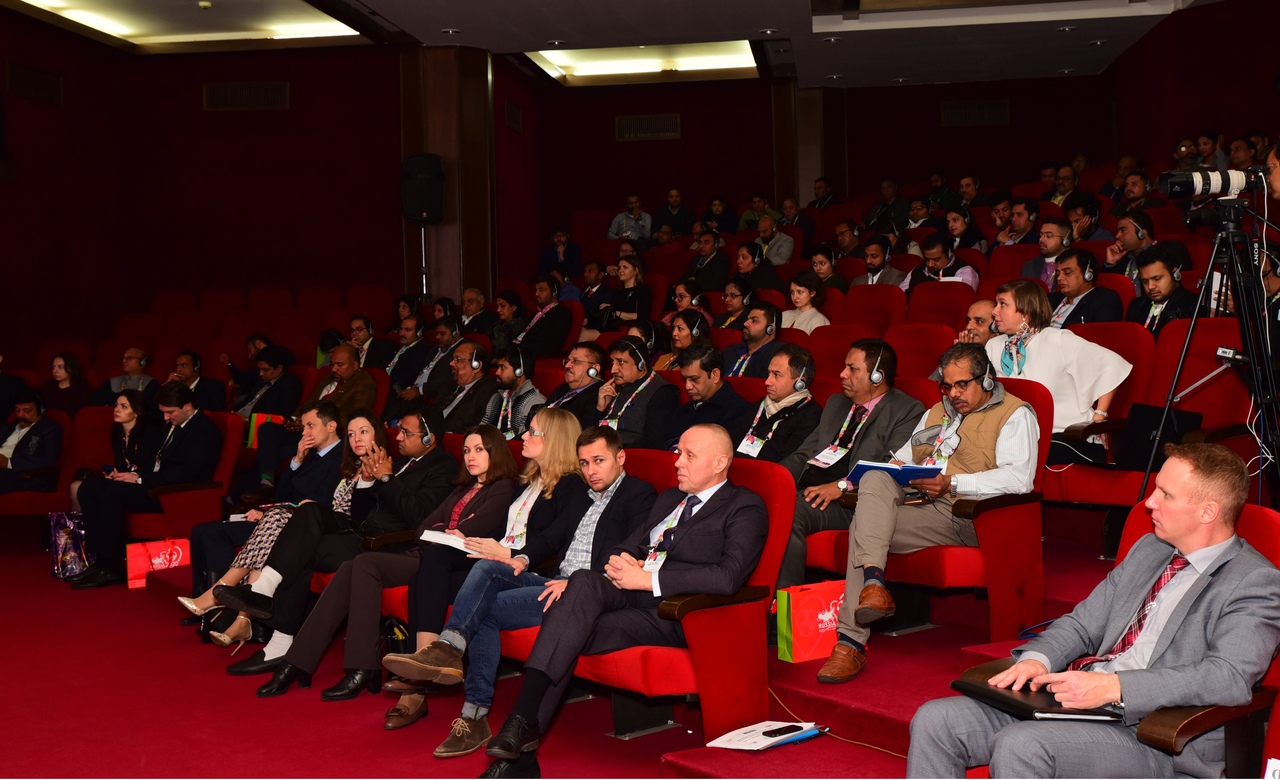 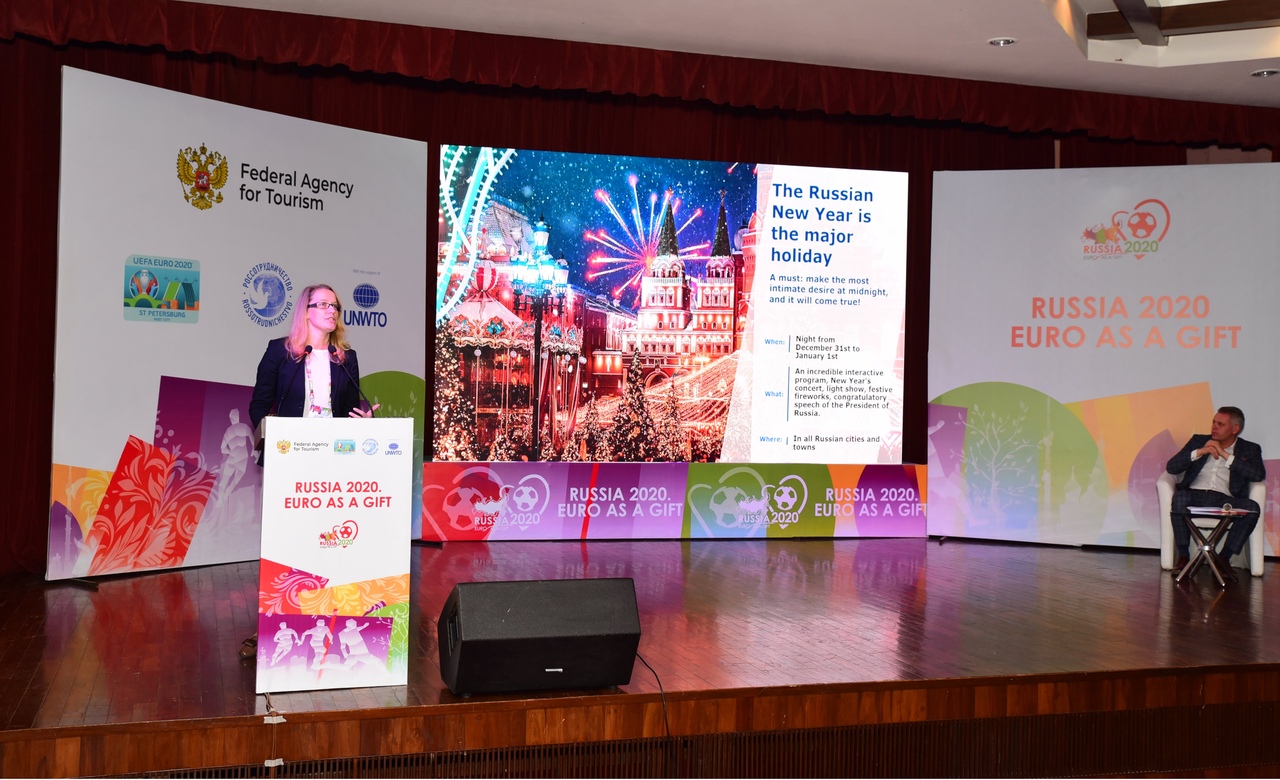 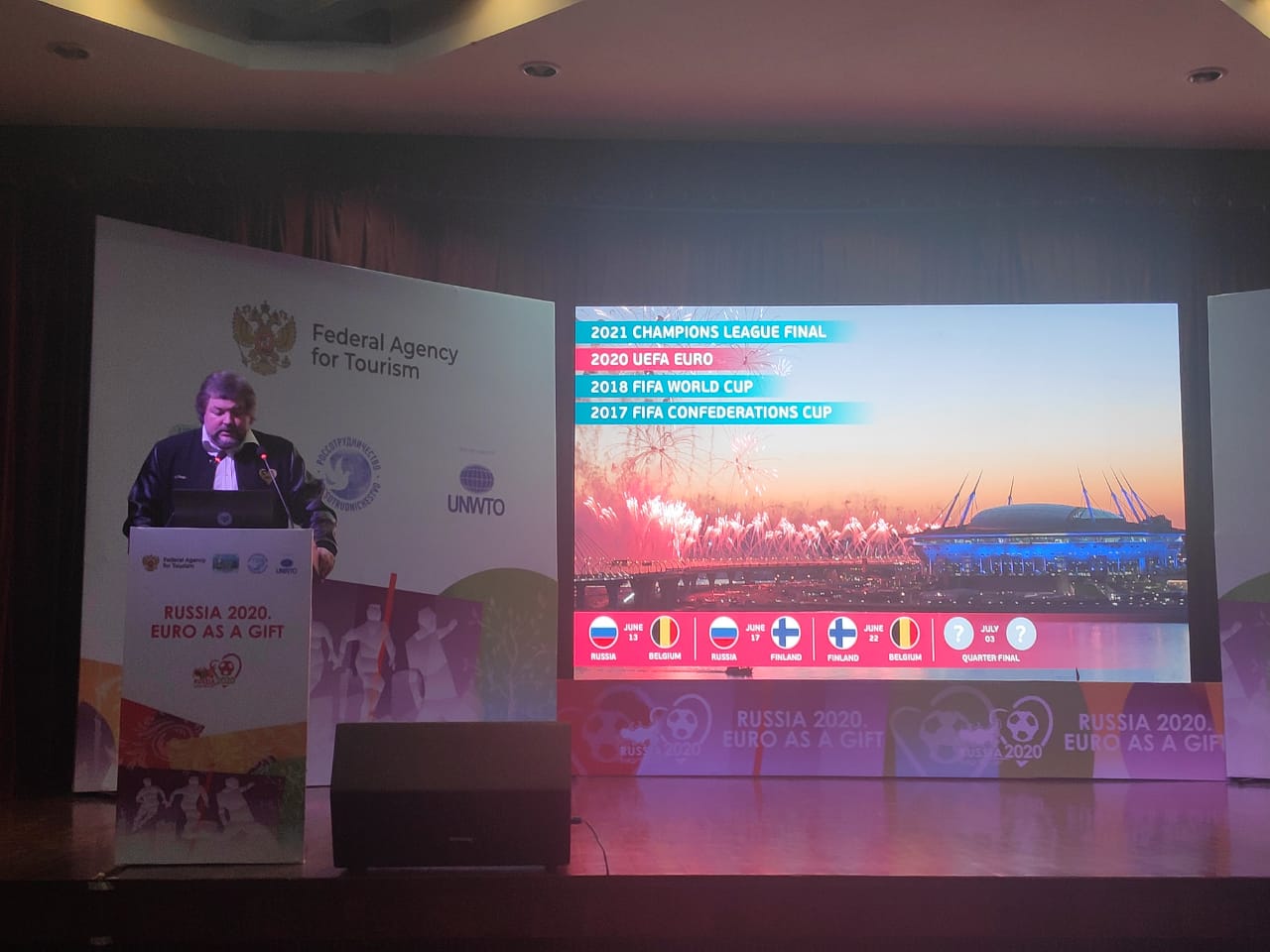 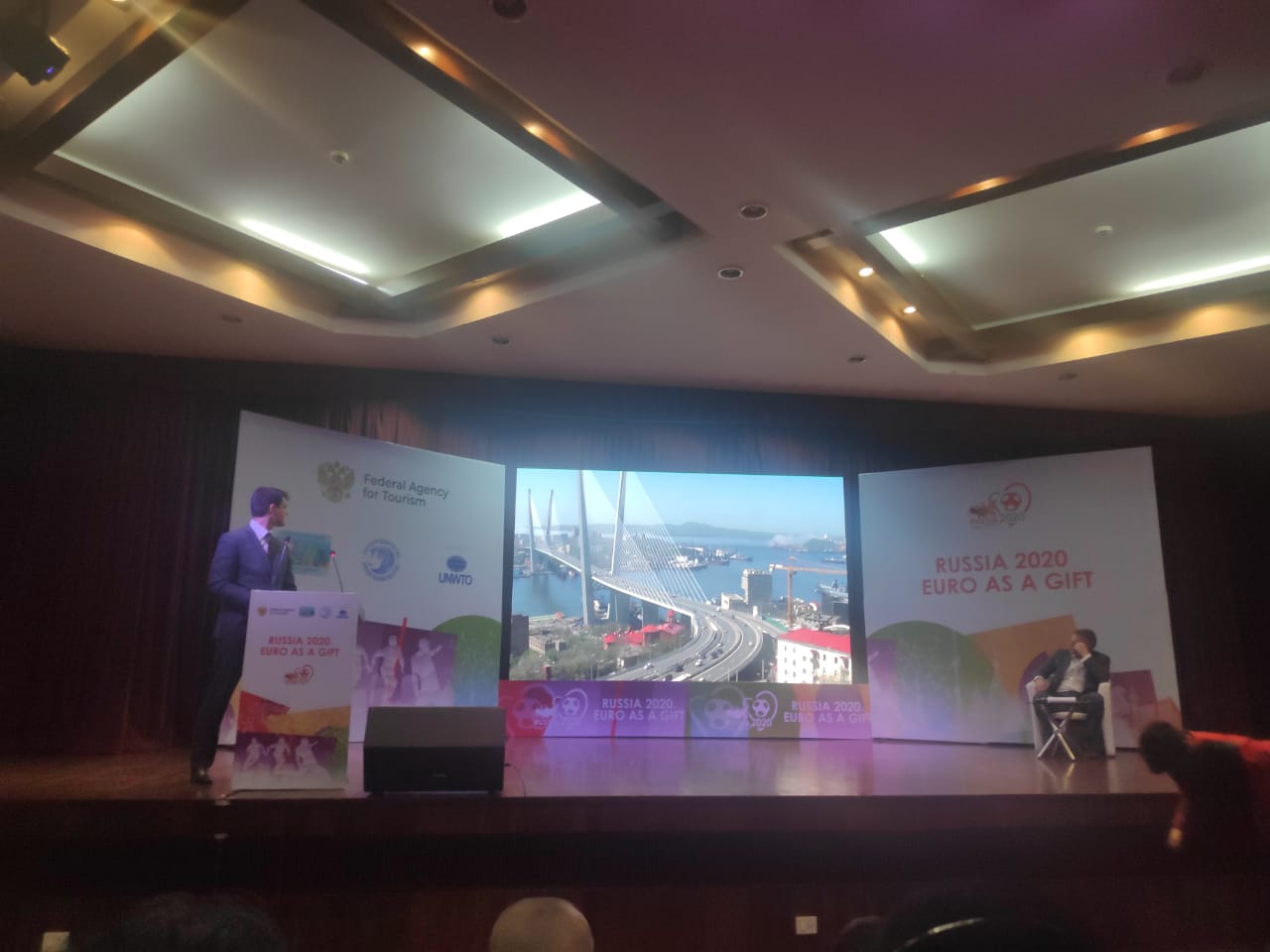 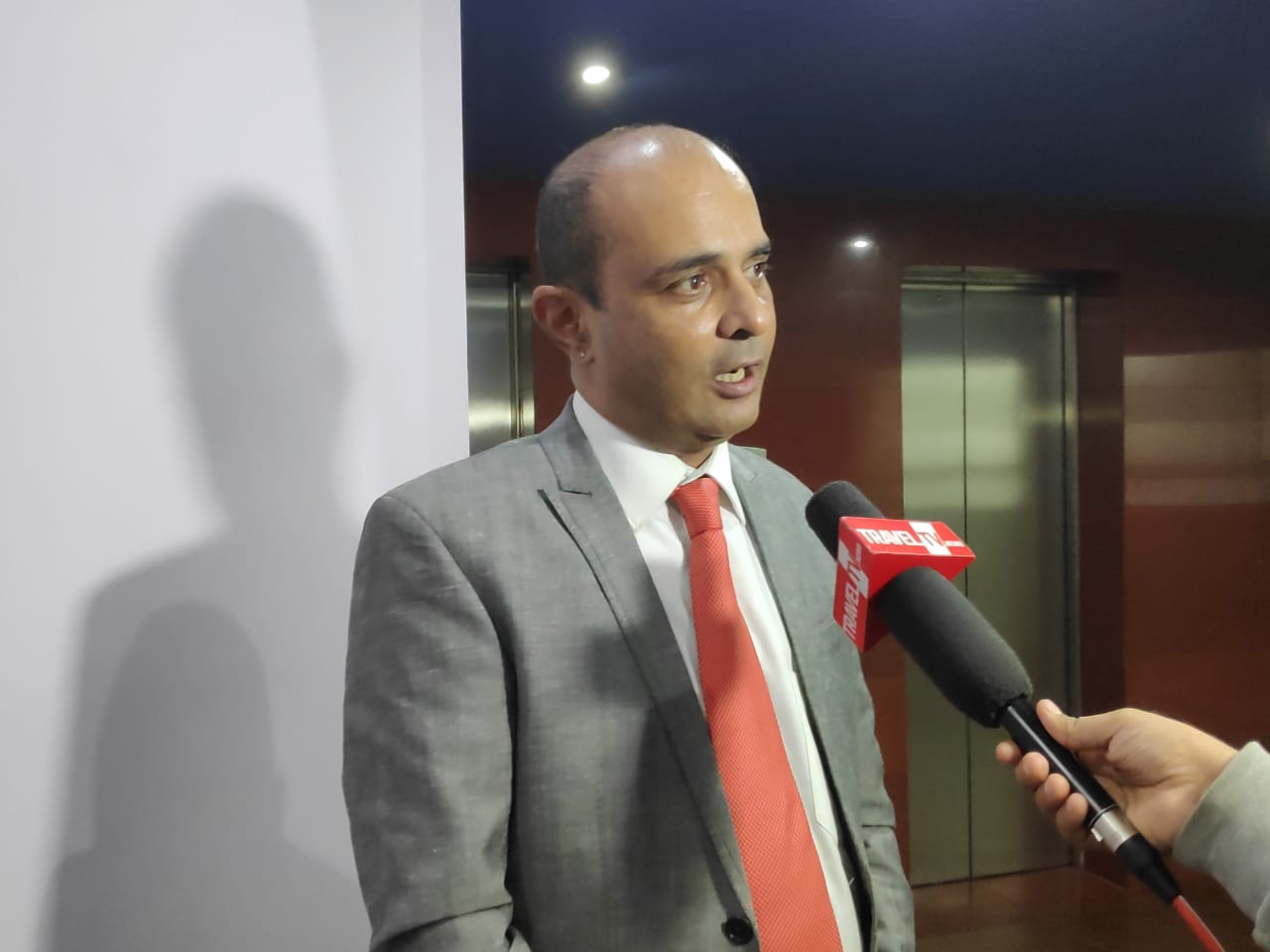 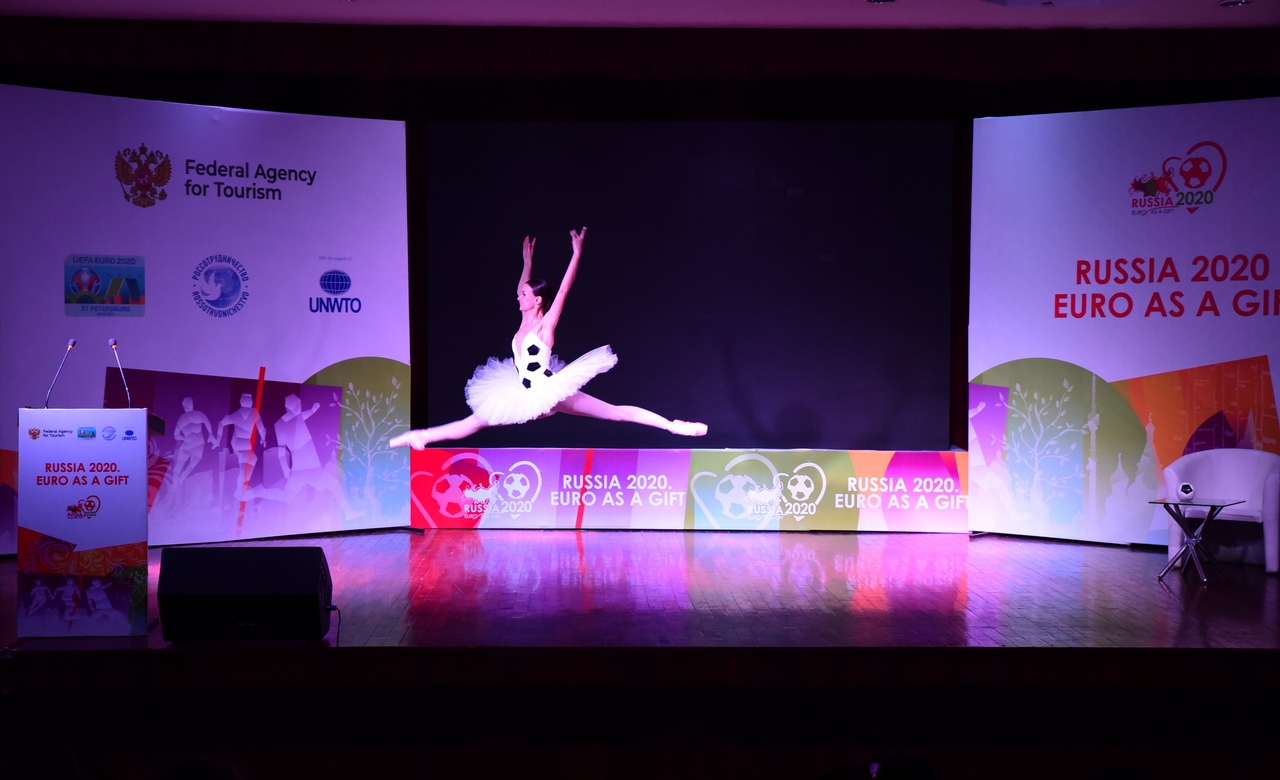 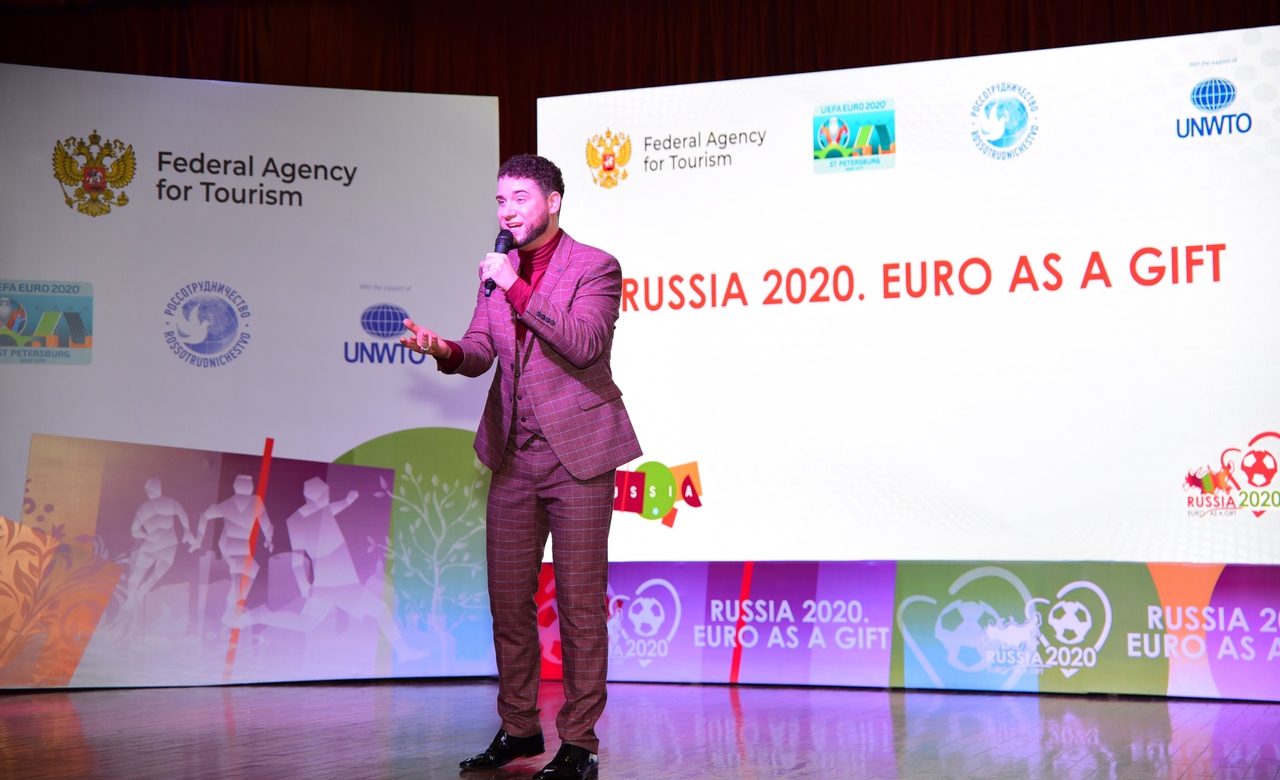