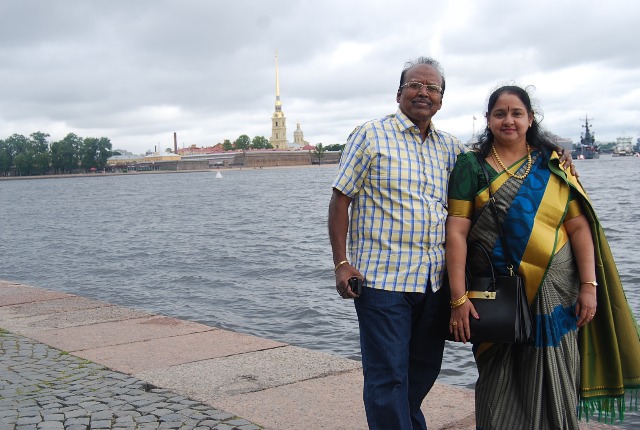 During a bus tour of St. Petersburg you will see St. Isaac's Square with the magnificent St. Isaac's Cathedral, the Bronze Horseman, the Admiralty, the residence of the Russian emperors - the Winter Palace, and the Saviour on Spilled Blood, the Field of Mars, Spit of Vasilyevsky Island, Rostral columns Stock Exchange building .

It is one of the largest art museums in the world, with its exhibits placed in more than 350 rooms. A special place is occupied by the state rooms of the Palace. In 2015 St. Petersburg Hermitage entered the top ten most visited museums in the world as rated by the British publication The Art Newspaper.

Separated bridge spans are the main symbol of the Northern capital. This is the first Association that occurs when you mention St. Petersburg-a city that is stunning in its beauty and grandiosity. Today, there are approximately three hundred bridges located within its boundaries, nine of which are built on a regular basis, and three-on a preliminary request.

Once Peter the Great visited Versailles - the country residence of the French king Louis XIV. He liked it very much: a magnificent palace, a huge formal garden, pavilions, gazebos, sculptures. But most of all liked the Emperor Versailles fountains. So He decided to build not the same, but a better palace at home with parks and fountains. Within two years of founding of the Northern capital, he began to build his dream palace on the southern shore of the Gulf in a place called Peterhof.

Petrodvorets watch factory is one of the oldest factories in Russia. It was founded by Peter I in 1721 as the Peterhof lapidary factory and produced jewelry made of precious stones for the Royal family. After the October revolution (1917), the factory produced precise technical stones for the military Department of the USSR and the red Army. Since 1949, on the orders of I. V. Stalin, the Petrodvorets watch factory has been producing "Pobeda" and "Zvezda" wristwatches, which have become famous all over the world.

Vyborg is the second largest city in the Leningrad region, located 150 kilometers from St. Petersburg. Founded by the Swedes at the end of the XIII century, it once belonged to the Finns.

Lunch at Illoranta - Recreation Center on the lake near Vyborg (read more...)

The recreation center consists of two sites  -the First Iloranta and the New Iloranta, located close to each otherwithin the pice forest and on the fresh water lake.

-  Sightseeing as per program

- The registration fee at the hotel

- E-Visa (valid only in St.Petersburg and Vyborg)