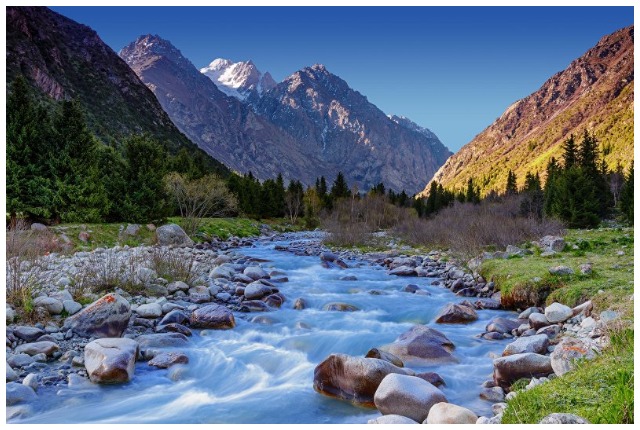 If you have very little time to spend in Bishkek and its surroundings, the best thing you can do is go to the Ala — Archa national Park. It is located just 30 km South of Bishkek on the slopes of the Kyrgyz mountain range. This place is very popular among citizens primarily because of its accessibility and proximity to Bishkek, as well as the magnificent nature, riot of colors, cold rivers, where you can hide from the sweltering summer heat. "Ala" is translated as "variegated", and juniper is a shrub that is abundant on the slopes of the local mountains.

The Ala-Archa Alpine camp is already at an altitude of 2100 m above sea level. it was once a kind of Mecca for Soviet climbers, who organized training camps and ascents in large numbers. Even now, there are a lot of people in the gorge and on the surrounding peaks.

The Park has many routes, both for climbers and for tracking. There are many peaks around: Korona peak, Semenov peak of Tien Shan, Teke tor, Free Korea, and others, which are ascended from the base camp.