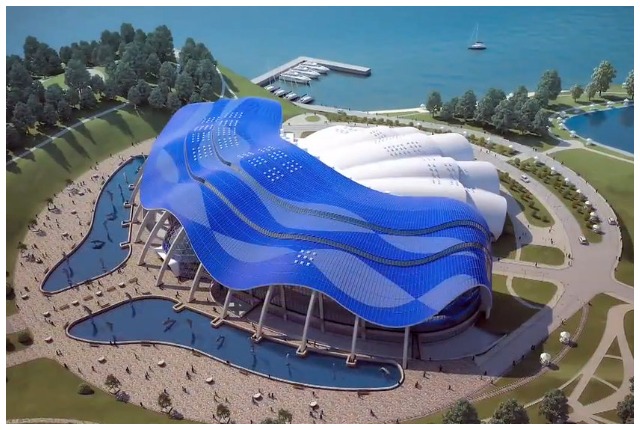 The guests of Primorsky Oceanarium will be able to see wide scale expositions that represent the idea about the birth of the universe, about the evolution of life in the Ocean, as well as modern diversity of life in unleavened and marine waters of our planet. Most of these exhibits are live. They will allow you to know about the life of the inhabitants in Russian seas, rivers and lakes, in cold polar seas, as well as the inhabitants of warm tropical rivers and seas and open ocean.

We invite you to meet our talented artists: playful bottlenose dolphins, friendly white whales, quick-witted northern fur seals and charming walrus. Animals along with handlers will surprise you with interesting and spectacular shows and will give you a lot of vivid impressions. The Oceanarium will open for you the door to the wonderful world of the ocean.

Primorsky Oceanarium was opened in 2016. The first visitors were Russian President Vladimir Putin and Japanese Prime Minister Shinzo Abe. The Oceanarium takes the third place in the world in size. Nearly five football fields are hidden in a building that resembles a slightly opened white clam shell. All aquariums contain the water around 15,000 cubic meters. There is a main tank with a 70-meter underwater tunnel in the left wing of the aquarium. In the right wing there is a dolphinarium with a pool arena and stands which can accommodate 800 spectators.