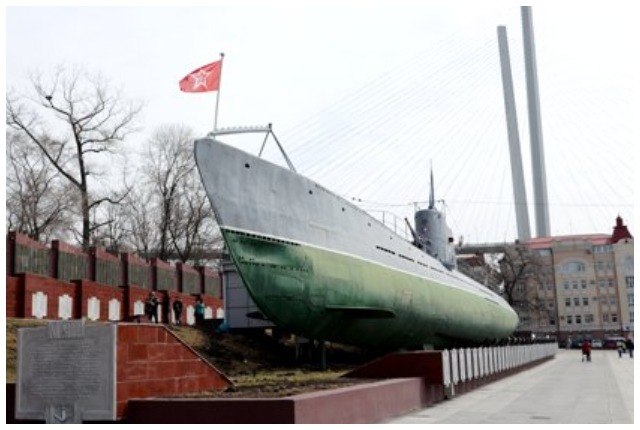 On the Central embankment in Vladivostok is almost untouched by time, locates the most dangerous Soviet submarine of the great Patriotic war. The C-56, which made a record crossing of three oceans and sank no fascist vessels, is now open to tourists. Once on Board the famous submarine, you can fully immerse yourself in the atmosphere of a dangerous and heroic era-part of the compartments are preserved in their original form.

You will be able to visit three sections that were saved in the original form: Residential, Central and torpedo. It houses the mess hall, the captain's cabin, the acoustics cabin, the galley, and even the ammunition stowed on racks in the first compartment. The submarine was restored in great detail: inside you can look into the operating periscope, and outside you can look at the daily ceremony of raising and lowering the naval flag of the USSR.

The remaining 4 bays of the C-56 were converted into a platform for Museum exhibitions. They include personal belongings of the crew members and the captain, photos and letters, as well as exhibits about the development of our country's submarine fleet. For example, here is a model of the first combat submarine "Dolphin", which defended Vladivostok from the enemy during the Russian-Japanese war. Models of many submarines of other series are presented.