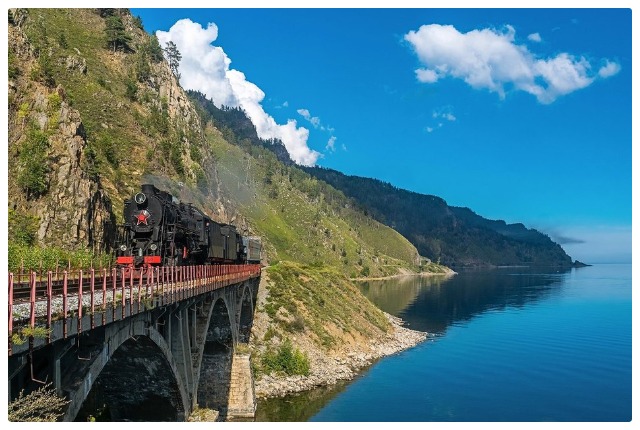 Lake Baikal is a UNESCO World Heritage Centre. Situated in south-east Siberia, the 3.15-million-ha Lake Baikal is the oldest (25 million years) and deepest (1,700 m) lake in the world. It contains 20% of the world's total unfrozen freshwater reserve. Known as the 'Galapagos of Russia', its age and isolation have produced one of the world's richest and most unusual freshwater faunas, which is of exceptional value to evolutionary science. Russians sometimes call the lake Baikal sea because of its size. Baikal mountains surrounding the valley and the lake consist of a few ranges. In the west there are the Baikal Mountains, in the east the Zabaikalskie Mountains. The Angara River is the only outflow of Lake Baikal. The ranges, rivers and valleys are tourist attractions of their own.

Arrival to Irkutsk, check-in to hotel

The city tour includes visiting the historic center of Irkutsk. You will visit the location of Irkutsk fort building, some orthodox churches, the historic quarter with its wooden houses built in Siberian style. You will be impressed by seeing the Roman-Catholic Church that was built in memory of Polish rebels who were sent in Siberia. Optional we can add visiting the Decembrists’ Museum and the Museum of Nature. The city tour is the best variant for those who come to Irkutsk and have little time to get acquainted with the city.

The Circum-Baikal Railway is a historical railway, it runs along the Northern shore of the Southern extremity of the lake from the town of Slyudyanka to the Baikal settlement. Until the middle of the 20th century the Circum-Baikal railway was part of the main line of Trans-Siberian Railway; later on, however, a duplicate section of the railway was built. Sometimes called a unique achievement in engineering, the Circum-Baikal is one of the picturesque sights and main tourist attraction of the area around Lake Baikal.

Arrival to Moscow, transfer to hotel

Check-in to hotel and continue the main program with Moscow and St. Petersburg (more details ...)

All sightseeing with English speaking guide according to the program

Entry fees for all monuments according to the program