Neva river or Canal boat cruise in the day 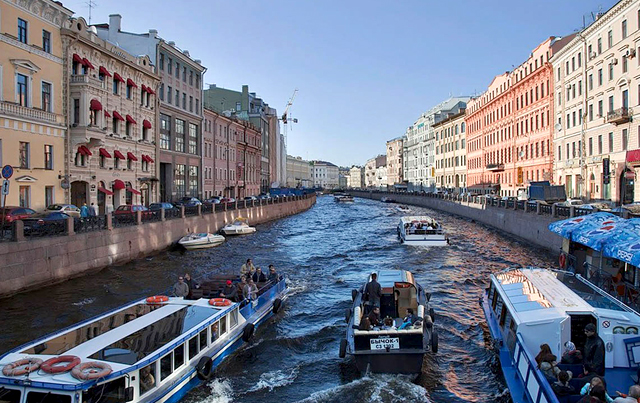 Walk along the rivers and canals of St. Petersburg begins either on the Anichkov bridge, where Nevsky Prospect crosses the Fontanka River, either from the Peter and Paul Fortress, either from Green Bridge next to the Kazan area.

Route trips on the rivers and canals of St. Petersburg will be held on the Fontanka, Moika, Canal Griboyedov, the Kryukov Canal. Walk along the Neva River will allow to see the tip of Vasilyevsky Island, the Winter Palace, the famous Peter and Paul Fortress, the legendary cruiser Aurora.

Walk along the Neva, this is an opportunity to see the city the way it is seen by travelers arriving by water. You will see the main attractions of the city:

- The house in which Pushkin lived in his later years.