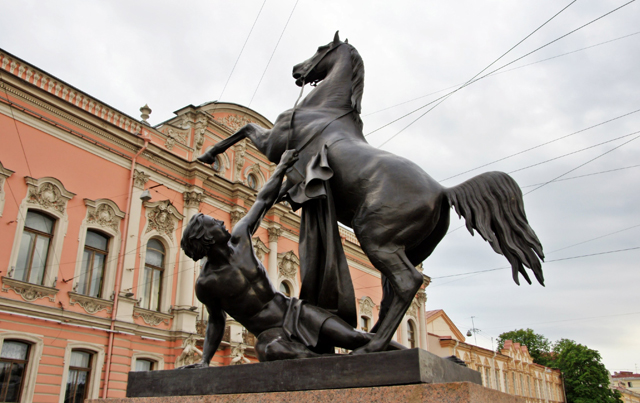 St. Petersburg - an extraordinarily beautiful city, built on the banks of the Neva river. One of the most important cultural, industrial cities of the Russian Federation. Its location, architecture, history attracts more than 5 million tourists each season, from around the world.

If you have arrived in the northern capital for the first time, you need to order a sightseeing tour of St. Petersburg. In just a few hours of sightseeing, you will see a large number of attractions that will leave you enchanted.

On a tour of the St. Petersburg guide will tell you about the history of the main street - Nevsky Prospect. Later you will visit all the major attractions of the northern capital.

In addition, during the tour of St. Petersburg you will enjoy the beauty of the Neva River, with its impressive bridges and historic ships. That there is a well-known veteran cruiser "Aurora".

During a city tour you will see the most important and historically significant attractions (from outside).

- Bronze Horseman (Monument to the founder of St. Petersburg)

- Cathedral on the Spilled blood