10 things Indian tourists should to know before visiting Russia 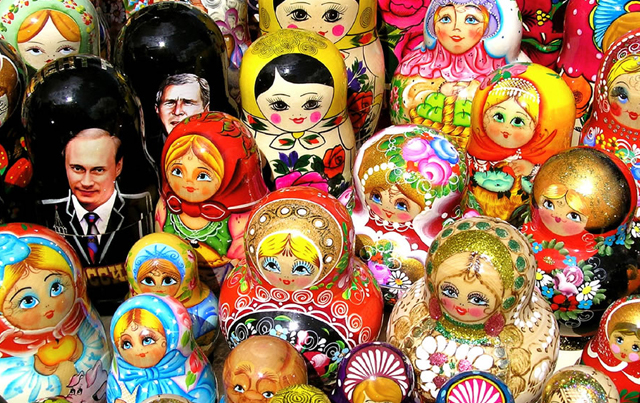 India and Russia enjoy deep friendly relations historically, culturally, and politically. This not only helps person-to-person relations but contributes to business cooperation across industries, including such strategic spheres as defense and nuclear energy.

Around 1468, merchant Afanasi Nikitin became the first Russian to set foot on the Indian soil, initiating relations between two nations that have been growing stronger since then.

Around 1949, Dharti Ke Lal Directed by K. A. Abbas became the first Indian film to be seen by Russian  - then Soviet - audience. Since then, Russian people have seen more than 300 Indian film while legendary actors like Raj Kapoor and Mithun Chakraborty are householdnames in Russia where a 24- hour Indian Movie channel dubbed in Russian language is operating today.

Quite a few of our traditional value systems are identical in the Russian way of life. They call tea as ‘chai’ being the first obvious similarity you will notice. Like Indians, Russians are very loyal and welcoming people. Like India, Russia is a very security conscious country – provided the number of terroristic attacks the country have seen in past two decades. Here are few things every Indian tourist should note about Russia and Russians:

1.  Russians like India, its culture and history. Most Russians have a positive image about India and expect closer, increased relations and co-operation between the two countries.

2.  Smiling to strangers is not a part of Russian culture. Russians are polite and professional, and they do smile whole heartedly after they come to know you - which often takes time.

3.  Revolution and two world wars, dramatic political changes of the past century have a clear bearing on every Russian’s mind. Hence, Russian people think very deep while they generally look forward to a secure and prosperous future. For the same reasons, Russians can be protective about their culture, language and the country. Sometimes to the point of fiercely defending their beliefs.

1.  Russians love having ‘Chai’ many times a day and you as a guest will be offered one. However, Russian ‘Chai’ is black or green, generally.

2.  The food in Russia differs from Indian traditions. I is primarily focused towards meat but there are sample choices of vegetarian foods and for the non-vegetarian, options like chicken, turkey, fish and pork are easily found.

3.  Russians love milk products and you will find many styles of cottage cheeses, processed cheese, ice creams, dairy products in all sizes and possible flavours.

5.  Many dishes like Borsch are quite like Indian soups and can be had with or without meat, other dishes common are cutlets, puffs, rice can be both vegetarian and non-veg.

6.  Cities like Moscow and St. Petersburg have adequate number of pure Indian Restaurants of good quality and with vegetarian food being normally served.

7.  Junk food is available everywhere though options like McDonalds, Pizza Hut, Subway, Dominoes, etc. However, the may not have vegetarian options available in India. Also, McDonalds will not give a free tomato sauce - you will have to buy it as a menu item.

8.    Normal European standards of Tipping are followed with normal range being between 7-15% of invoice/cheque value

9.    If you are an Indian spice lover, do carry the needful quantity of Indian pepper or garam masala or whatever that fancies your taste buds. These spices are not easily available can be very costly.

10.  Drinking water is not free anywhere, like in other parts of Europe. You will have to buy small quantities which is expensive or stock up 5 liter cans available in product shops or hyper markets

1.  Moscow and St. Petersburg are modern, beautiful cities sharing European mentality and way of life. Culture, art, history are the main components of these cities’ significance.

1.  Like in western Europe, water is not free anywhere. You will have to buy small quantities which is expensive or stock up 5 liter cans available in product shops or hyper markets.

2.  Drinking alcohol is common practice but drinking on the streets is prohibited.

3.  Please do follow road signs, warning signs and pedestrian rules while on walking tours and in traffic conditions – Russian roads are quite disciplined and rules are enforced.

4.  You will notice that the cities are clean, kindly note and utilize the waste bins provided almost every 50 metres in most of the cities.

5.  Using public toilets is generally paid like in most of the European cities.

6.  Please do not light up your favorite Agarbatti in the hotel room. This is an absolute no-no because of the other International tourists who complaint about the fragrances or have allergies to strong fragrances. Do pray, but hold the Agarbatti for a few days.

2.  Do not say you are a businessman when you arrive on a tourist visa and with a tour package. If asked the reasons for visit, answer by name and say that you travelling as tourist to visit beautiful Russia.

3.  Most of immigration/passport control officers do not speak English. They may ask you to wait by using sign language. There is no reason for panicking or having an ego about it.

4.  Alternatively, you can just handle over your passport along with the travelers kit provided to you by your Tour Operator – this kit contains a copy of your invitation letter, hotel reservation details, copy of airline tickets and the contact details of the person who is receiving you at the airport.

5.  Please do not raise your voice or argue un-duly or take any pictures as they are strictly prohibited.

6.  In any situation, please be calm & speak the truth based on your documents, if delayed read a book or relax.  Normal people always get through

7.  Kindly do not get into an argument or shouting match with the Immigration officer as arguments may  result in you being deported or worse!

The immigration/passport controls across the globe work almost in a similar manner. The only goal of the immigrations is to secure the borders and the citizens from threats. With Terrorism & Drug Prevention Protocols in place, security controls became stricter around the world.